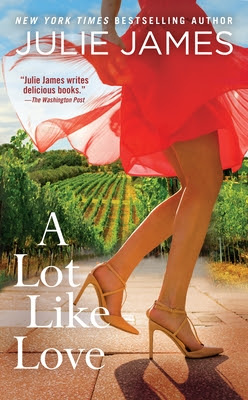 Jordan Rhodes has a rich daddy, her own successful business were she gets to drink wine, and is so beautiful she doesn't even notice when men are attracted to her. Because, you know, it's just another day at the office! But she's also really down-to-earth and not snobby at all because... well, there isn't a good explanation for that. The only fly in Jordan's La Prairie Platinum is her brother, Kyle, whom we're repeatedly told looks like Sawyer from Lost. Kyle shut down twitter so that his model girlfriend couldn't post video of herself giving another guy a blowjob (ew?), and they sent him to prison for it. Twitter jail: it's not just a joke anymore, people! Yada yada yada, the FBI shows up offering to release Kyle from prison if Jordan will take an undercover officer to a wine tasting party at Bordeaux, the hip wine place for Chicago elites run by restaurateur/doing-something-illegal-with-a-gangster-I-was-never-clear-on, Xander Eckhart. Enter undercover operative and he-man extraordinaire, Nick McCall!

In case you can't tell already, I had some problems with Jordan. I don't want to say I hated her, but I kinda did. She's beautiful, she gets to wear gorgeous purple ball gowns and go to parties and Napa, and drive a sports car... grrrr, I hate her! Also, this book is only three-hundred pages, but it's still way too long. There's a lot of backstory that's just boring, and (as usual with a Julie James book) it's a long walk to get to the action. Here's what should have happened: set-up, meet-cute, BOOM, wine party! Instead we got: set-up, meet-meh, fifty pages of Jordan talking to her friends and brother to prove that she does indeed have friends (and is therefore worthy of affection); Nick's backstory and proving that he has friends (kinda), set up to the wine party, and fiiiiinally wine party. Yes, please! Wake me up!

Anywhosie, around the time Jordan and Nick head out to Napa, this book starts to get curious. Nick is supposed to be this manly man type, and he agrees to go on a weekend trip with (read: funded by) Jordan. Who wouldn't?? But as soon as they go on the trip, all of sudden Nick is not such a manly man anymore. It starts off ominously right away when Jordan won't let him drive. *coughcontrolfreakcough* Then pretty soon he wants to discuss his feelings and where their relationship is going, and he says stuff like, "You know I don't need any of these things, right? I'm here because of you," as they stand atop a verdant Napa hill. Meanwhile, Jordan wants to take the relationship one day at a time and just see what happens, and we're informed that she doesn't do "feelings."

So, to sum up, Jordan stole Nick's balls. Right out from under him.

Now, I have no problem with a reversal of gender roles, as long as it makes sense. But here I felt a little confused by it--I don't think it's done for comedic effect, and if it was intentional on James' part it wasn't set up very clearly. At first I thought it had to do with Jordan being a billionairess--this is America, after all; money trumps everything, even penises--so she becomes the sugar mama of the relationship, which admittedly is kind of awkward. But wouldn't Nick have tried harder to assert his masculine authority in that case instead of just giving in and letting Jordan make him her bitch? That seemed way out of character.

Then I remembered that all Jordan's friends, who are not billionairesses (re: down to earth and not snobby), have husbands who watch Dancing with the Stars and cook and work in musical theater and find the question, "Who do you think will be in the playoffs?" confusing. I didn't think anything of this at the time--other than the fun contrast they made to Nick's character--because hey, why wouldn't men cook and watch DwtS? But it's clear that Nick isn't one of those guys. He's painted as the stereotypical macho guy from the beginning of the book. Yet in the last scene of the novel, Nick agrees to watch DwtS (DON'T DO IT, Nick!!!) with Jordan even though there's a big game on. It's like he's turned into a completely different man! The sort of guy that Jordan indicated she usually dated at the beginning of the book: designer glove-wearing, wine-drinking, etcetera etcetera. Were Jordan's friends' husbands like Nick before they got married? I don't know now; maybe! I have a hard time believing the Nick of the first half of the book wouldn't think the Nick of the second half of the book needed to man up, though; and setting up this scene in what could be called a pattern of male emasculation within the context of relationships seemed odd and little squidgy.

Aside from that, this book was okay. It was too long, I never connected with the main character, and Nick and Jordan's relationship lost all sexual tension after they slept together; but on the plus side, it was entertaining.