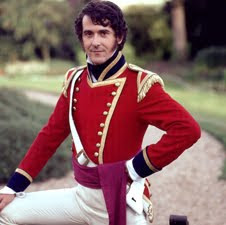 Consider yourself smirked. Among other things.

Alfred Hitchcock once said "The more successful the villain, the more successful the picture," an axiom that is equally true for many books. Jane Austen, on the other hand, never really had any Hitchcockian-style villains in her novels; but she did write several bad boy characters who make the books they're in that much better. 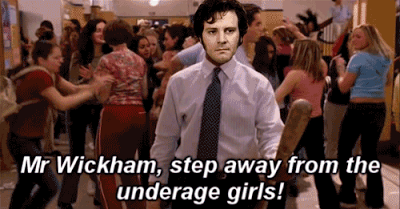 Personally, my two favorites are Wickham and Willoughby. If you're a fan of bad boys, Wickham has many laudable qualities: one, he's an officer. That means he wears a fancy uniform (hot), he's automatically dashing, and he moves around a lot--the perfect answer to any woman's escapist fantasies. He's also super-smirky, and as we all know from reading Fifty Shades of Grey, women can't resist The Smirk. Oh no. If only he'd stop running off with teenage girls and plying them with his wicked ways. 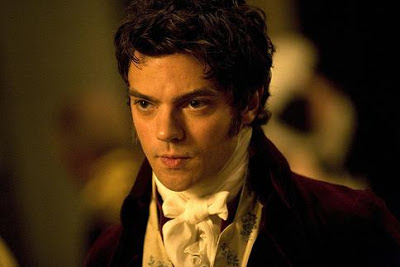 Is it hot in here suddenly? *fans self*

Right now I'm reading Sense & Sensibility for Reading with Analysis' Jane Austen January, and I have to say that I LOVE Willoughby. Unlike Wickham, Willoughby is über-romantic, like Heathcliff come to life! Who would blame Marianne for falling for his I'm-so-into-you schtick? Not me. His OKCupid profile probably reads, "I like long walks, collecting locks of your hair, and I'll write you a song." I'd be all over that. I bet he even quotes poetry. *swoon*

Even his name sounds romantic, like a sigh of longing echoing across the moors. "Willoughby! Caw, caw!" Honestly, the fact that he's a playa playa doesn't really cut down on the appeal that much. I mean, is he really that different from the sainted Edward, other than the fact that Edward is not at all charming or interesting? They both snatch locks of hair, mislead the Dashwood sisters, form secret engagements, cause a scandal, and lose all their money. Taken from that perspective, Willoughby is really the better bet. Right? Right, guys?


Who's your favorite Austen bad boy?