This week Shakespeare Uncovered started on PBS (thanks to Robyn for the heads up), and it was AWESOME. If you have any interest at all in Shakespeare, I highly recommend this series. There are four episodes left and David Tenant hosts the one about Hamlet! (Fun fact: did you know Shakespeare named his son Hamlet?) I'm excited. 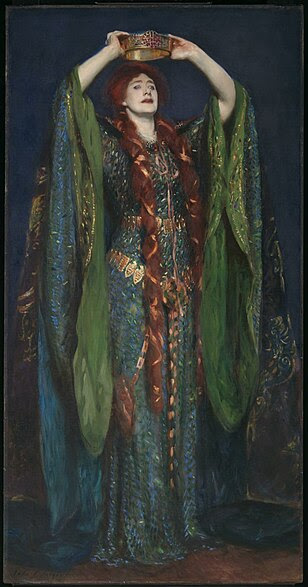 The first episode was about Macbeth, which incidentally is my favorite Shakespeare play of all time. I know you're probably thinking I'd prefer one of his comedies, such as As You Like It or Much Ado About Nothing, and I do enjoy those--but Macbeth totally fascinates me. For one thing, it has witches and magic and destiny, which are three of my absolute favorite things to see in a story. For another thing, it's really about the relationship between Macbeth and his wife, and their marriage is actually kind of sweet. They're a team! At least until Macbeth starts killing people.

I was blown away by Macbeth when I first read it in high school, and since I've learned more about the history of play, I've come to appreciate it even more. Macbeth is a work of art that bites back; it doesn't stay safely on the page or in the theater. That's why actors are superstitious about calling it "the Scottish play;" one doesn't want to invite it into one's home. It's close enough to actual history and human nature to be completely plausible.*

What I love about Shakespeare's tragedies so much is that you spend the entire play going, "Ooh, if they just hadn't done that, everything would have turned out okay." There's something comforting about looking at a series of mistakes that happen to other people in the hopes you might avoid the same. A great example of this is Romeo and Juliet, which could arguably be retitled A Series Of Dumb Decisions. But with Macbeth, you sympathize with him so much and feel his downfall is so unavoidable, you can't help but finish the play with the sense that it's more of a cautionary tale about ambition and moral weakness than a tragedy per se.

Anyway, that's just a few of the reasons why Macbeth is my favorite Shakespeare play. What's yours?

*Incidentally, if you're interested in Shakespeare, I can't recommend Jennifer Lee Carrell's Interred with Their Bones and Haunt Me Still enough.