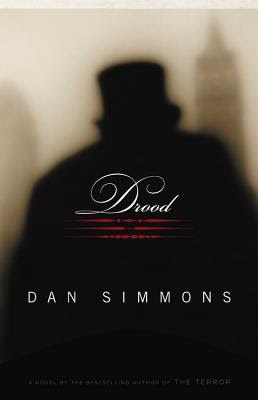 He doesn't know it's Death at the time, of course.  On that day in 1865, Dickens is one of the survivors of the Staplehurst train accident.  As he goes down to the wreckage to try to help the injured, he glances to his side and sees a tall, skinny, bald man dressed all in black with pale skin, no eyelids, and two slits where his nose should be (kind of like Lord Voldemort).  Dickens asks the name of this strange figure, but can't quite make it out--it might have been "Dread," but Dickens settles on Drood.  As he travels through the wreckage, it seems like every person Drood touches, dies.  Subsequently and illogically, Dickens becomes obsessed with finding Drood in the subterranean slums of London--almost as if doing so will give him the secret to avoiding the spectre of death he saw that day. 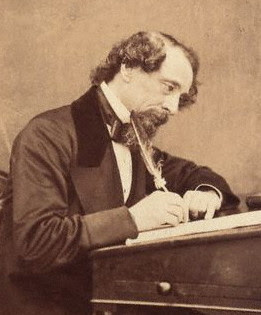 However, the book Drood isn't about Charles Dickens or Drood himself, but about another writer entirely.  Wilkie Collins is the narrator of the tale, and he gets dragged along on this adventure of Dickens's, much to his consternation.  Then, after Dickens contrarily begins denying the existence of Drood, Collins is pulled deeper into the world of Undertown because of his opium addiction.

Opium (in all its various forms, especially laudanum) is to Wilkie Collins what vicodin is to Dr. House.  He literally orders it by the jug.  When he follows Dickens into Undertown, he encounters the opium den of King Lazaree, who has some very high-grade product.  Afterwards, Wilkie returns to King Lazaree's to test this product himself; and that is ultimately what seals his fate and cements his relationship (if one could call it that) with Drood--in more ways than one. 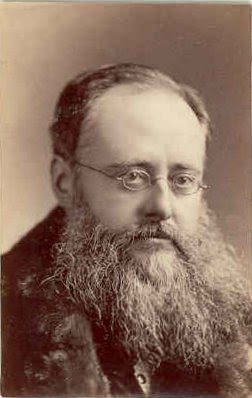 However, what this book is really about, even more than Wilkie Collins, is the craft of writing.  The line between fiction and fact is very thin in this novel, almost... unintelligible.  The story is filled with characters and places literally out of Dickens's novels, such as St. Ghastly Grimm's.  Of course, most writers live mainly in their own minds, and I loved how the book reflected how both Dickens and Wilkie feel free to manipulate people and situations to not only reflect the world they see in their mind--just as if everyone were characters in their novels--but for the pure sake of "research."  The problem with non-imaginary characters, of course, is that they don't always do what you want them to.

Also, at some point in the book, Charles Dickens describes writing as--when it's done right--a mesmeric trance:  "You know the incomparable and--I would say--unique feeling one has when reading.  The focus of attention to the exlusion of all sensory input, other than the eyes taking in the words, one has when entering into a good book?  ...This happens to be precisely the state a person must be in for a mesmeric therapist to be able to do his work." (p. 233)  If you're looking for an extended metaphor, that's it.  Dickens draws Wilkie (and us, the "dear Reader"s) into the world of Drood with his story of the Staplehurst accident, and uses that as a platform to make us believe all sorts of fabulous nonsense.

The cover of The Mystery of Edwin Drood, Dickens's final and unfinished work

So, did I like this book?  Well, I had a few problems with it.  First, there were times when the narrator's voice sounded so unrealistically modern (when Wilkie was ranting about Dickens's treatment of his wife, for example) that I was pulled out of the narrative.  I also thought the conclusion was a little difficult to buy into.  But the main problem I had with the book was its length.  I understand completely why Simmons made this book as long as he did, filling it with endless biographical details about the lives of Wilkie and Dickens, as well as some literary criticism to spice things up (actually I didn't even mind those parts so much).  I certainly don't know exactly what was biographical fact and what wasn't in this book, and I doubt even an expert in Collins or Dickens could know; this makes all the fictive happenings of the novel that much more fact-y.  Also, a book this long (771 pages), with such (let's face it) little plot to support it, seems self-indulgent--but I honestly don't know if the self-indulgency is Simmons's or Wilkie's, if you know what I mean.  If it's the latter, it makes perfect sense.

So I understand the length, but I don't agree with it.  It gives me as the reader way too much time to think.  I was completely at the mercy of the storyteller when Dickens abandoned Wilkie in Undertown to go see Drood... but then the story stopped.  Then it started up again... and then it stopped.  By the time Wilkie was kidnapped by Drood and Detective Hibbert was murdered (by Drooooood????  Hm, we'll never know), I was like "Oh, please, Wilkie.  That's a little too sensationalistic, even for you."  My suspension of disbelief had faltered.  And in a book where the whole mesmerism-thing (see quote above) is supposed to be the central point, that is a fail.  BUT, I did keep reading the book until the end, so I definitely wanted to know the conclusion to the tale, no matter how long or how frustrating the path to that conclusion was.

Would I recommend Drood?  I honestly don't know.  It was not what I was expecting on any level whatsoever (really cannot emphasize that enough--it will definitely defy your expectations).  There was some mystery in it, but it wasn't really a mystery; there were some fantasy elements, but it certainly wasn't a science fiction novel; there were scenes in the book that were creepy as all hell, but it wasn't a horror novel.  It was well-written--like damn, was it well-written--and researched out the wazoo, which is always something I appreciate.  If you're a fan of Charles Dickens, or Victoriana in general, then you're going to love this novel.  You're going to want to marry it and have tiny little book babies with it.  If you're more of a fan of Wilkie Collins, well... then good luck.


Want to read more about Drood?  I recommend Bookish Ruth's excellent review of it here.