Vampires without a Bite 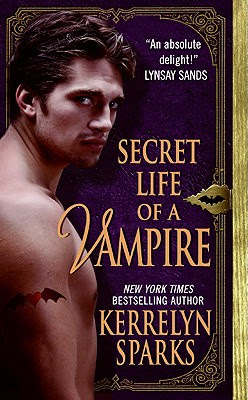 I just finished reading Secret Life of a Vampire, which my mom loaned me.  And by finished I mean, I decided I wasn't going to read any more of it.

This book started off promising, if light-hearted, with the "dashing" vampire Jack Casanova (he's the son of the legendary lover-turned-author, Giacomo Casanova--why not just make him Casanova?) meeting the beat cop Lara Boucher after a wild bachelor party.  Sparks fly, who knows why.  Lara knows Jack isn't normal, since strange things happen when he's around.  But she can't figure out what he is.

Now, one of the things that drives me absolutely crazy in books is when the main character can't figure out something that we as readers already know.  That's something I really appreciated about Twilight--at least Bella figured out Edward was a vampire as quickly as she possibly could have.  But something that drives me even more crazy, and which is what stopped me from continuing this book, is when the vampire characters are absolutely, positively non-threatening.  I mean, no wonder Lara has no clue Jack is a vampire!

Note to authors:  vampires are supposed to be dangerous.  That is the entire POINT of vampires.  I'm not saying they can't be tortured or sensitive or guilt-ridden, but the whole drinking blood and lust thing is kind of essential to the genre.  Sparks' vampires make Edward Cullen look like The Predator.  They don't even drink real blood, they drink synthetic blood--and this blood is flavored to imitate human food like Blisskey (whiskey) and Bubbly Blood (champagne).  They don't want to hurt da humanz because they're too nice to want to harm anyone.  In fact, everyone in Sparks' books is just so nice.  So there's a situation wrought with drama.

This isn't just isolated to Sparks' books; there appears to be a whole movement of books with vampires who are de-fanged.  Why why why?  Is this, like, some sort of desexualization of human beings or something??  Because apparently the dirty secret of a vampire is that he doesn't want to suck your blood.