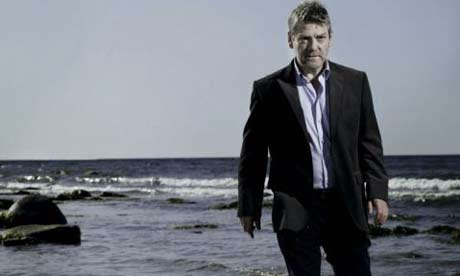 I really love mysteries.  And according to Alan Cummings, Kurt Wallander is the most popular fictional detective evah... or something like that.  I wasn't really paying that close attention.  What I do know is, Kurt Wallander is a Swedish detective trying to solve a series of grisly murders involving beheading and scalping in the new Mystery! series on PBS.

I know what you're thinking right now.  You're thinking, "But Tasha, I thought Swedes were the most non-threatening people in Europe."  No, you're getting them confused with the Swiss.  However, I do have to agree there seems to be a rather high level of crime going on in the Rembrandt-esque landscape that makes up Wallander's district (fyi:  Rembrandt was not Swedish).

Here are some other things I learned about Sweden on this show, aside from the fact that they like to murder each other:
In all seriousness, though, despite the fact that I obviously know very little about Sweden, I really loved the first episode in this series and highly recommend it.  Kenneth Branagh is absolutely great as the depressed and occassionally inarticulate detective who obviously feels very deeply, but has difficultly expressing his emotions.  For example, here's what he sounds like in a phone conversation with his daughter:

That sounds like a conversation with my dad, except I don't hang up on him.  I actually found the relationship between Wallander and his daughter to be rather odd; it didn't feel like a father/daughter relationship at all.  He also has the most annoying ringtone in the history of the world.

Really the best thing about the series so far is Branagh.  The shots were occasionally overdramatic, as was the score (which was sort of hit-and-miss with me--sometimes brilliant, sometimes completely distracting), and I guessed who the murderer was right away; but overall, it was a great, enjoyable episode, and I look forward to seeing next week's installment!