The House of Dark Delights 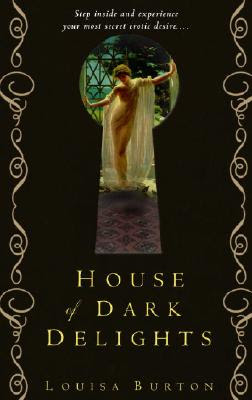 In a secluded valley in France is the Grotte Cachée and a fabulous chateau, inhabited by a cornucopia--a buffet, if you will--of supernatural creatures with insatiable sexual appetites.  There's an elf, a succubus, a satyr, a djinni, at least one person with supernatural powers, and the occasional vampire.  But these creatures (called follets) are not evil; they just want to help the humans.  By banging them.

I don't usually read erotica novels.  First of all, they come in trade paperback, which is too expensive for me.  Secondly, there's the whole TMI factor.  The reason I decided to read this one is because it's written by one of my favorite writers, PB Ryan, who wrote this great mystery series.  Yes, she went from mysteries to erotica... quite the leap.  How's that going to work, I wondered to myself.

Despite the plot description (which is really lame), this book was actually pretty good.  Or at least, the first half was pretty good; the second half was skim-worthy.  I think that evens out to okay.  The central love story is that of Elic, a Legolas-esque elf who has the rare ability to switch genders; and Lili, a former Akkadian goddess and succubus.  They love each other--or at least Elic loves Lili--but they can't sleep together because follets can only copulate with humans.  Not sure why, that's just the way the cookie crumbles.  So Elic and Lili just hang out together and sleep with other people.

As I said, the first half of the book was pretty good.  It doesn't really consist of one long continuous story; more like several short stories that take place at different times and are all about the Grotte Cachée.  The major story is about The Hellfire Club (yes, the Hellfire Club--how original, no?) and how Elic and Lili met.  At this point I was kind of enjoying the story because of the characters, but there was also the whole ick factor.  I was expecting the TMI, though, so it didn't bother me too much; and it wasn't as if the sex scenes didn't fit into the story.

But then the lamest vampire in the world showed up, and the whole book really went downhill from there.  In the last two stories, the characters took a backseat to the history of the Grotte and how Legolas Elic wound up there (like I might actually care).  Even the sex scenes in the second half of the book were boring; it was like the author was completely on autopilot.

Overall the book was okay.  A review I read on Amazon said it "aspires to be high-brow erotica," and that pretty much sums it up.  The House of Dark Delights does aspire to a lot of things, but falls short of achieving all of them.  That being said, I did like the central characters.  I could see this book being turned into a soap-opera on HBO.  With more/better plotting, it could turn into a good series.