And the Moonbeams Kiss the Sea

See! the mountains kiss high heaven,
And the waves clasp one another;
No sister flower would be forgiven
If it disdained its brother;
And the sunlight clasps the earth,
And the moonbeams kiss the sea: -
What are all these kissings worth,
If thou kiss not me?
~Percy Bysshe Shelley, Love's Philosophy

I like mystery books, but I LOVE mystery shows; and last week's And the Moonbeams Kiss the Sea, the first episode in the second season of Inspector Lewis on Mystery! (or Masterpiece Mystery or whatever the hell they're calling it now) was a great piece of television:  entertaining, intense, mysterious, and fascinating. 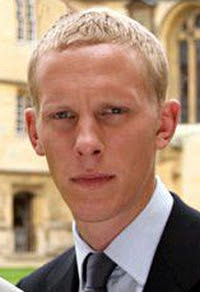 If you don't keep up with Mystery, here's a quick run-down:  Inspector Lewis started off as the Detective Sergeant on a previous series, Inspector Morse (which I've never watched).  Then Morse died, and now Lewis is the inspector in his own series, aided by the "dishy" Det. Sgt. James Hathaway.

Lewis and Hathaway are part of Thames Valley Police, whose environs include Oxford University.  The central mystery of And the Moonbeams Kiss the Sea revolves around one of the university's most famous students, Percy Shelley.  It all starts when several volumes of rare 19th-century literature is discovered in the flat of a murder victim and janitor at the Bodleian Library, arguably one of the most famous libraries in the world.  After getting a peek at the inner workings of the Bodleian, Lewis and Hathaway are led, strangely, into the world of gambling and fine art.  This isn't exactly a whodunnit story (it's obvious fairly early on who the baddies are), but the mystery lies in raveling why the murderers killed their victims.

First of all, let me just say that Hathaway is my favorite part of this series.  He is super-smart, quiet, funny ("Do I get to play at being a policeman, then?" Philip, suspect number one, asks at some point in the show.  "Why not?" Hathaway mutters in response.  "We do it all day."), and very intuitive.  Not to mention dishy!  And did I mention he plays music?  It's, like, Ren Fair jazz or something, but still.  He's totally swoon-worthy.  Thus I was the complete opposite of bothered by the fact that he recited Shelley's "Love's Philosophy" so many times during the course of this episode I now have it memorized.  He can recite poetry as much as he wants as far as I'm concerned.

Anyway, back to the point (assuming I have one), what I really found fascinating about this episode was, of course, the way it treated art and artists.  One of the murder victims is an art student who does conceptual pieces like videos of paint drying.  Philip, her friend and the initial suspect, is a painter with a photographic visual memory.  Lewis and Hathaway, of course, being no-nonsense policemen and blah blah blah, are completely perplexed by Nell's contemporary art pieces--works like video of paint drying and trying to bomb a building.  However, the show itself didn't treat Nell's work dismissively--on the contrary, she's called original, imaginative, and creative several times in the course of the episode.

Not so with Philip, a painter and fan of JMW Turner and John Constable, the gods of English landscape painting.  The university gallery manager calls him, "Just an eye," and Philip himself says he doesn't have ideas.  Because he paints what he sees, he's portrayed as a mere copyist--literally.  Not only that, but he's sexually and emotionally emasculated.  At the same time, however, his "copyist" powers of observation give him an almost Sherlock Holmes-esque ability to help solve the case.  Apparently, mimetic art is good for deductive reasoning and recording, but does not qualify as creative or original.  One wonders where that puts photography, then.

I also love how academics are portrayed in this series (hint:  it's not flattering).  They're snobby, completely out of touch with reality, and either abuse their specialities for personal gain or hate them--or both.  Academidiots are such easy targets.

Overall, I thought this was a great episode, but I was a bit bothered by how art was portrayed in it.  The "good" pieces were incomprehensible--which fits way too much into this myth that there is any such thing as originality, let alone that that contemporary art is the sole possessor of it.  Talk about academidiots--that's total bull crap.  But then I'm a 19th Century person, so obviously I would favor Turner over watching paint dry.

If you want to read more about And the Moonbeams Kiss the Sea, check out Ruth's excellent review of it at Booktalk & More!