Well, I watched Georgia O'Keeffe on Lifetime Saturday night.  I know this is going to shock y'all, but the movie was not good.

Aside from the fact that the script was choppy, cheesy, and didn't really make any sense, I had two big problems with the film:  the portrayal of Alfred Stieglitz, and the portrayal of Georgia O'Keeffe as a female artist.

The movie opens with O'Keeffe entering Stieglitz's famous gallery, 291, to demand he take down her paintings (which he'd hung without her permission).  I have no quarrel with that as the opening scene--in fact, if I was telling the story of O'Keeffe, that's exactly where I would start--but I was kind of shocked by how Joan Allen portrayed O'Keeffe, and the laughable lack of chemistry between her and Jeremy Irons (for the lulz), who plays Stieglitz.  Allen shows O'Keeffe as extremely quiet and introverted, while I'd always imagined her as more, I don't know... confident?  Brazen?  Single-minded?  She appears to be letting things just happen to her like an observer of her life, instead of participating in them--she's completely passive.  Meanwhile, in real life Stieglitz had to have been incredibly smart, quick-witted, and charismatic; but in the movie Irons seems to be channeling the old timey conductor from Thomas the Tank Engine.  It's actually pretty hilarious.  One would think O'Keeffe's (who was totally pissed off) and Stieglitz's (who managed to convince said pissed-off woman to not only let him show her work but to move to New York within twenty minutes that she first walked into his gallery) first meeting would be full of sparks; instead, I found myself going, "Huh?"  And then she starts throwing herself at him and it's more like, "Hur?" and then "Ewwww." 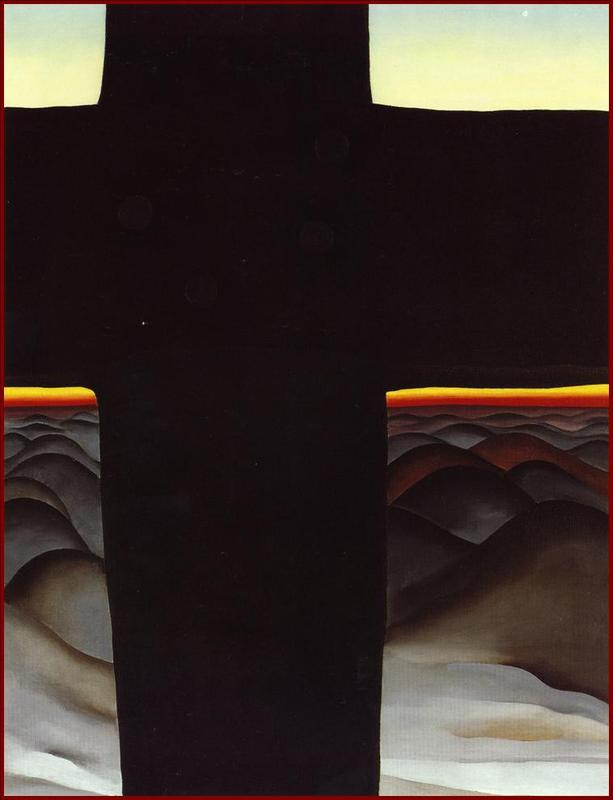 BUT!--it gets worse.  How many times, during the course of this two-hour movie, do we see Georgia O'Keeffe actually painting?  I would say three or four times (compare that to something like Pollock

where we see him painting freaking constantly).  And every time she's painting flowers.  Now, I love O'Keeffe's flowers the same as the next person, but let's be honest:  people like them because they're fucking pretty.  There is long tradition of women painting flowers, and they are considered a feminine subject; but O'Keeffe became famous for them because she did them in an entirely new way that forced people to look at a flower differently.  Not as something that was simply pretty and therefore easily dismissed, but as a creation of architecture and angles that had power and force--sexual and not--and was impossible to dismiss (much like O'Keeffe herself).  That was the effect when she first painted her flowers--not that you would know from this movie--but nowadays, people take that for granted and they're just pretty.  So I was disappointed that they didn't show her painting landscapes, or skulls, or cows, or something other than flowers.

Back to the creepfest that is Stieglitz, the fact that his and O'Keeffe's relationship was at the heart of the movie was yet another disappointment.  I know he was very important to O'Keeffe's career and life and blahblahblah, but I'm sure she thought about, you know, something other than her hubby.  Just saying.  Also, not to harp on Irons' performance as Stieglitz, but it doesn't do any favors to either him or O'Keeffe.  Stieglitz was a total basterd (as one my professors put it once, "He was difficult to live with."), but here he just seems pathetic and not really mean per se.  Why is O'Keeffe even hanging around this decrepit looser?  Because she luffs him??? *gag*

I did really like that the movie showed Tony Luhan giving Georgia driving lessons, though.  The best part of the movie is definitely where she goes to Taos and hangs out with Mabel Dodge Luhan (side note:  I stayed in her house once!), but I think that lasts about 7 minutes.  So out of about 120 minutes, 7 are worth watching.