The Attraction of the Paranormal in the Modern World 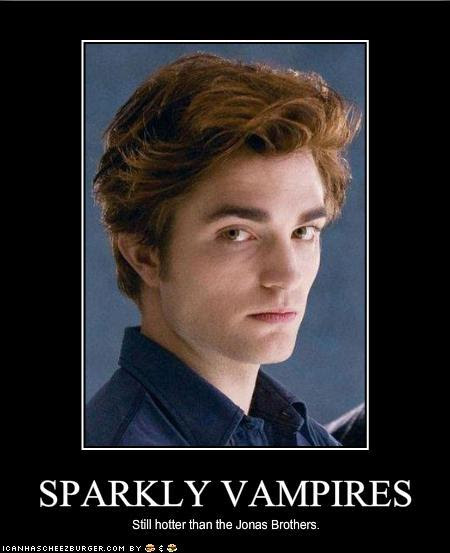 Paranormal normal novels.  You've seen them.  You've read them.  You've tried to ignore the fact that Twilight is taking over the world as well as the consciousness of our youth.  But have you asked yourself why?  Why here, why... now?  Why Pride & Prejudice & Zombies?

Well, I have a little theory.  I mentioned in my review of The Immortals:  The Crossing that I found the fact that fairies used the internet to be ridiculous.  Even the fae don't need magic anymore; they just google everything!  I was also a little sad when I read The Vampire Diaries:  Nightfall that cell phones had eliminated the need for Bonnie's telepathic abilities--instead of calling someone with her mind, she could have just texted them.  In Slave to Sensation, the Psy are basically hooked up to the mind version of the internet; and in The Lost Symbol, people are raised from the seemingly dead--through simple science.

In other words, as these books demonstrate to some degree, technology is allowing people to have more "abilities" than they ever did before--abilities that could be conceived as preternatural in another context.  I think our increasing realiance on technology is taking an unexpected turn in that it is fueling a parallel fascination with the paranormal.  But is this interest based on a sense of nostalgia, a longing for mystery that we've lost?  Or is it instead built on the anticipation of what is to come, advances in science that we're building towards but have yet to make?

If I had to guess, I'd say the latter.  Do current paranormals give one the feeling of mystery or nostalgia?  Do they make your spine tingle with the fear of what's out there, in the dark and unknown depths of the world?  Unlikely.  For the most part, paranormal novels that I've encounted (particularly UF titles) treat the supernatural as a matter-of-fact part of daily life.  And I wouldn't exactly call Twilight spooky.  In fact, ever since I convinced my mom to read Twilight, she has been obsessed with vampire books.  When I ask her why, she says she wants a vampire to make her live forever.  I suspect she's only half-joking.  And you know there are scientists somewhere working on making the live-forever thing possible.

Sparkly skin.  Eternal youth.  An academy for wizards.  Zombies that want to eat your brain.  Be on the lookout; in this world, fantasy all often becomes what some people want for a reality.  And then, before you know it, it is reality.


Do you love paranormal- and supernatural-themed novels, TV shows, or movies?  What do you think is the basis of their appeal?