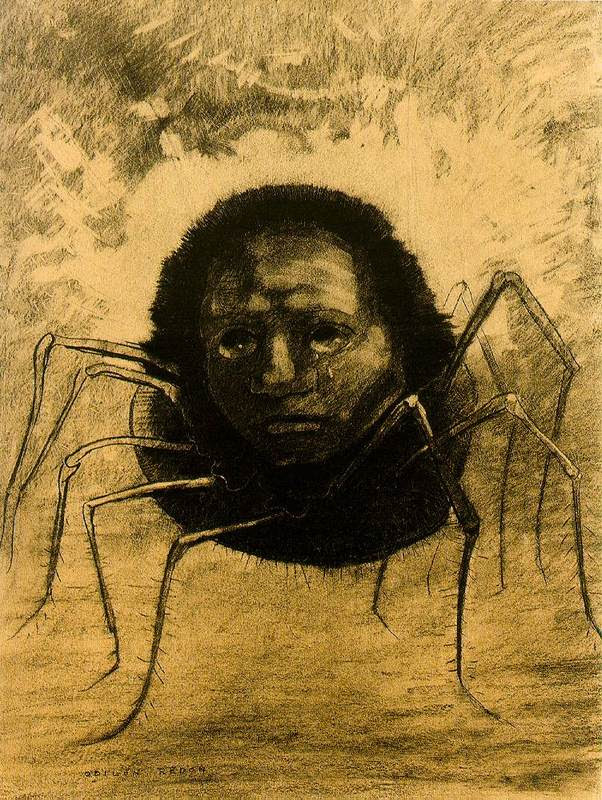 The Crying Spider by Odilon Redon

In honor of Hallowe'en, M from Alberti's Window has a great post up on her blog about Goya and his creepy paintings.  Although I tend to avoid anything Hallowe'en-related like the plague, I thought it would be fun to take a page out of M's book and write about a few of my favorite creepy artists.

Odilon Redon was a French Symbolist who, like many 19th-century artists, took inspiration from Edgar Allen Poe and Goya.  He wanted his paintings and lithographs to appear mysterious so as to inspire the unconscious mind.  One of my favorite works by him is Parcifal, because if you look at the painting one way, it appears to be a man; but if you look at it another, it looks like a woman.  Why, you might ask?  Because Parcifal was considered to be androgynous and the Symbolists were all about that.  And also because he first wanted to make a druidess, but she didn't turn out well; so to salvage the plate he just decided to change her into a guy. Art!

Another one of my favoritest artists of all time is Remedios Varo, a Surrealist who was (also) very inspired by Goya and Bosch.  And also Redon, funnily enough.  Varo's work is very clever, with a wry sense of humor, and is really more fantastical than scary--unless you consider being a woman trapped in a male-dominated society scary, in which case, yes, her paintings can be pretty creepy. 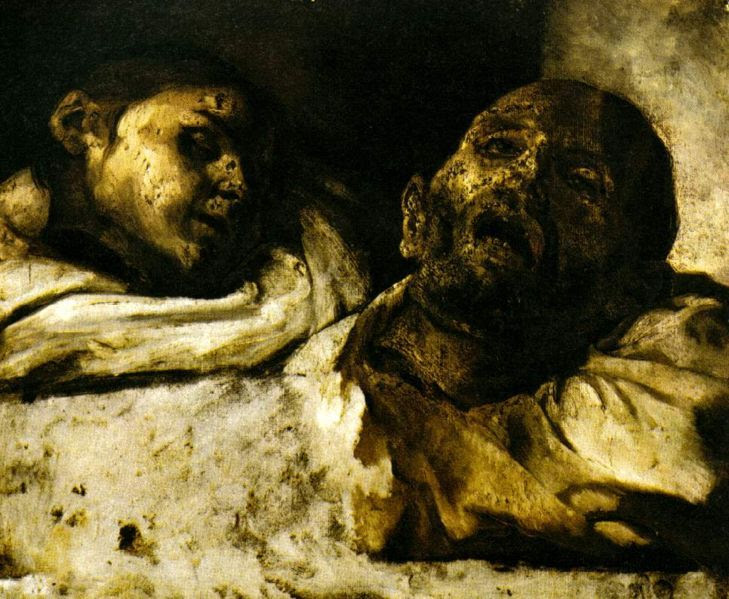 Finally, I lurrrrv Théodore Géricault because he was morbid as heck.  It all started with The Raft of the Medusa, a painting based on a true-life event that Géricault researched out the wazoo--talking to survivors, building a model of the raft, and so on.  At one point, he decided he needed to sketch dead bodies so his depiction of the tragedy would be "accurate."  After that, he had random body parts lying around his studio all the time!  He even (according to legend) would collect heads freshly severed from the guillotine.  In the above painting, one head is real and one is fake--the creepy part is that the one that's been collected from the guillotine looks more alive than the fake one.  In his later years, he also enjoyed sketching portraits of the insane.  Gotta love a guy like that!

Do you have a favorite creepy or disturbing work of art?