Writing from a Female Perspective 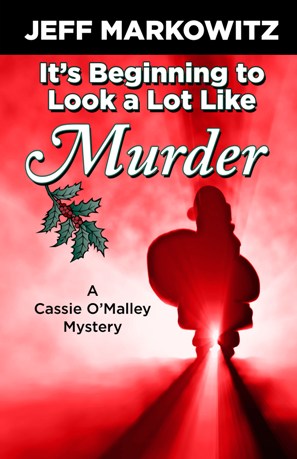 Today, mystery writer Jeff Markowitz is guest blogging about writing a female protagonist from the perspective of a man.  Jeff is the author of the Cassie O’Malley Mysteries, an amateur sleuth series set deep in the New Jersey Pine Barrens. 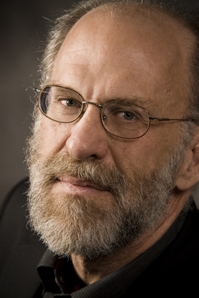 I hear sometimes from readers who are surprised that the main character in my mystery series is a woman.  One reader explained it this way.  “Many men write superficially convincing female characters and if the plot is good enough, well cool. But very, very few write women whose character can carry the story.”  So I am gratified when my readers, particularly my female readers, tell me that they find Cassie O’Malley to be a believable character who can carry not only a story, but a series.

Genre fiction has not always treated women kindly.  For many years, female characters in genre fiction (and, to be honest, in most other fiction) existed in order to be rescued, and to admire the male characters doing the rescuing.  Genre fiction has always loved the “damsel in distress.”  But the truth is, the mystery genre would not be thriving today if mystery writers weren’t writing characters, both male and female, who are three-dimensional, men and women who may sometimes be larger than life, but who are never written “smaller than life.”

Readers of mysteries want stories that keep them guessing, that are marked by unexpected twists and turns, but it's not the mystery that hooks them and keeps them coming back.  It's the characters.  It's important for me to remember that the story I'm telling is Cassie's story.  The murder mystery is just the vehicle to tell her story.

Cassie O’Malley is a woman whose life has not lived up to her expectations.  Let me share a little bit of her back story (Authors love back story).  As an undergraduate at Princeton University, Cassie had her life’s plan neatly mapped out in a three-ring binder.  She was going to be an investigative reporter, walking the halls of power in Washington, a force for truth, beauty, and the American way, holding politicians to their promises by the power of her words, exposing the hypocrites and the cheats and, along with her equally successful husband, becoming rich and famous in the process.

Shortly after graduation, she marries her college sweetheart and less than a year later, he dies in his sleep.  When we meet Cassie, she’s in her mid-thirties, widowed nearly fifteen years, living alone in a condo at the edge of the New Jersey Pine Barrens, her dream of becoming a big-time investigative reporter having been replaced by the reality of her job writing about space aliens and sea monsters, psychic spies and Siamese triplets, for a barely reputable tabloid magazine.  And she’s good at it.  She’s successful, but hardly happy.  My editor refers to Cassie as a “semi-depressed, semi-alcoholic journalist.”

The question, however, remains.  Why did I decide to make my protagonist female?  The first book in the series opens with a character, alone, on a back road in the New Jersey Pine Barrens, in the hour before the sun comes up.   Perhaps you’re thinking that putting a female character into that desolate environment heightens the tension right from the opening scene.  And that may, in fact, be the result of my decision, but it has nothing to do with my decision-making.

I don’t want my characters to see the story through my eyes.  If the story is going to work, I have to see it through their eyes; I have to see the story through Cassie’s eyes.  In some ways, it is easier for me to maintain this separation with a female character.  Certainly Cassie and I share some personality traits, for example our love of jazz (and whiskey), but she is her own person, more clever than I am, more assertive, way more interesting.  If there has been any "bleeding" of personality, after six years writing Cassie’s story, it is that perhaps I have become more like Cassie, rather than Cassie becoming more like me.

And now, Cassie is back in It’s Beginning to Look a Lot Like Murder (ISBN 978-1-59414-729-6), a Christmas mystery that will keep you laughing and guessing until the final showdown.

At odds with her new boss, tabloid reporter Cassie O’Malley finds herself covering the mall at Christmas.  Cassie wants nothing to do with the assignment.  Then Big Mack turns up dead, in the men’s room.  Sensing an opportunity for fifteen minutes of fame, mall security guard Oliver Berryhill spins a heroic tale of his confrontation with the loan shark.  The police are skeptical, but Big Mack’s son, the even bigger Little Mack is determined to avenge his father’s murder.

Barely a week later, a second body turns up and Cassie finds herself covering a double homicide.  In a race against time, Cassie must solve the murder before a third victim is killed in It’s Beginning to look a Lot Like Murder.

Jeff's latest novel, It’s Beginning to Look a Lot Like Murder has just been released by Five Star.  To find out more, please visit http://jeffmarkowitzmysteries.com.