Children in the Victorian Era 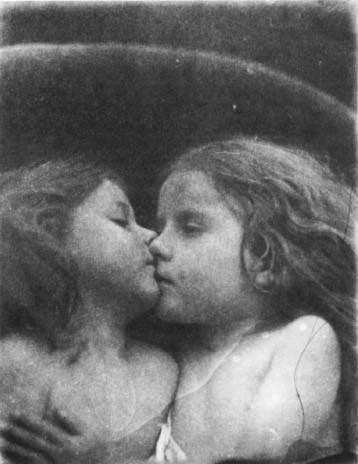 As part of the 24-Hour Readathon, Memory from Stella Matutina is challenging us to post a picture that has something to do with the book we're currently reading.

I just started The Turn of the Screw by Henry James (actually I'm listening to it on audiobook--yay Librivox!), and one of the things that really struck me is the attitude of the narrator toward her charge, Flora.  For example:

In spite of [Flora's] timidity--which the child herself, in the oddest way in the world, had been perfectly frank and brave about, allowing it, without a sign of uncomfortable consciousness, with the deep, sweet serenity indeed of one of Raphael's holy infants, to be discussed, to be imputed to her, and to determine us--I feel quite sure she would presently like me.

Whew!  James needs to learn how to use semicolons.  Much is made of how Flora looks physically attractive, and the narrator wonders why her guardian--a young-ish gentlman--isn't spending time around her constantly.  Keep in mind that Flora is young--too young to understand the conversation of adults around her, so maybe less than five years old.  The narrator, a woman, also wonders if Flora's older brother (I'm thinking ten-ish) is as attractive as Flora; and the housekeeper/maid suggests that the narrator will be "carried away by him," and that he is just probably misbehaved enough to be enjoyable.

LIKE OKAY.  James'--or should I say, the narrator's--descriptions of the children seems right on the edge of exploitative, at least from a twenty-first century perspective.  That's why The Turn of the Screw immediately made me think of the photographs of Julia Margaret Cameron, specifically ones like The Double Star and Infant Undine.

In case you're too lazy to click on that wikipedia link (and really, who could blame you if you were), Julia Margaret Cameron was a photographer when photography was in its infancy.  She's mostly known for her portraits of famous friends, like Tennyson and Ellen Terry; but Cameron's real passion was taking artistic photographs like those above.

Even though the Victorians are often thought of as being prudish, about some things they were much less prudish than we are--and one of the big things was the exploitation of children.  To modern eyes, Cameron's photographs of children look like borderline child pornography.  To Cameron, however, she was making something akin to allegorical paintings--these weren't "real" children, they were personifications of innocence and beauty, much as little Flora seems to be to her governess in Turn of the Screw.

Will the little kids from Turn of the Screw become even creepier than they already seem?  I'm only on page 17, but I'm guessing yes.