The Dream-Maker's Magic by Sharon Shinn 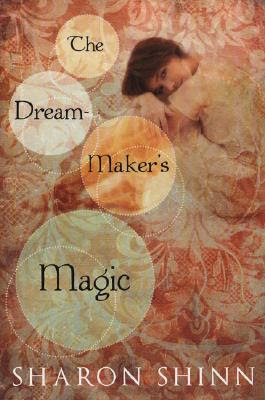 Kellen's mother is convinced that her daughter is a boy.  She dresses Kellen like a boy and treats her like a boy.  Kellen's father believes her mother has gone mad and can't take it anymore, so he leaves.  As you can imagine, Kellen grows up a bit of a weirdo and doesn't have any friends until she meets Gryffin, a lame boy who also has a lot of personal problems.  Then Kellen's mother decides to open an inn and she meets a lot of interesting people who help her and Gryffin get what they want out of life.

Did you notice anything about that summary?  Like a lack conflict?  No central plot?  Boringness?  Because those are the problems in this book.

A few weeks ago, I read The Short Second Life of Bree Tanner by Stephenie Meyer, and thought it seemed like an unformed writing exercise that wasn't well thought-out.  The Dream-Maker's Magic, unfortunately, had the same feeling--but at about twice the length, I'm less willing to forgive it.  It feels like a short story addendum to one of Shinn's more elaborated series like Twelve Houses or Samaria, stretched out for no reason.

At first I thought The Dream-Maker's Magic had a lot of potential.  I figured Shinn would use Kellen's mother's insistence on her being a boy to explore the question of nature versus nurture and gender identity.  But she doesn't, or if she does she just glosses over it as she moves on to something else.  I also thought the romance between Gryffin and Kellen had great possibility in the beginning, too, but again, it was treated very shallowly and at some point I just lost interest.

This book is misguided and not even interestingly misguided.  Nearly the entire novel needs to be rethought and rewritten in order to make it work, because the story being told here isn't Kellen's--it's Gryffin's.  Gryffin is the one who goes on the greatest journey, risks the most, is put in the greatest danger, reaps the most reward, and is the character around whom the central conflict revolves.  Why in the name of holy heck are we reading about Kellen??

I'm not sure I'll be reading any more of Shinn's YA books in the future--I've been disappointed in each of them and I really don't think this is a genre she excels in, although most of her adult sci-fi books are excellent.