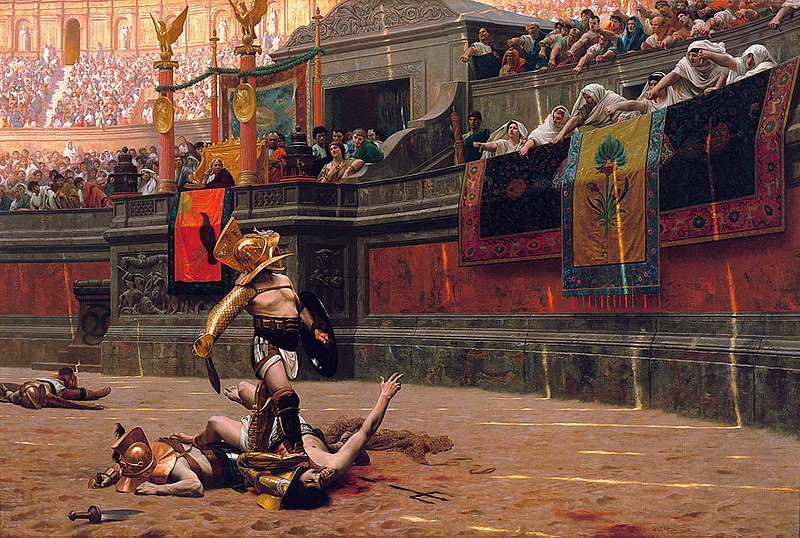 Sometimes books make a big impact regardless of how good they are because of certain scenes that you just can't get out of your head.

For example, I think about a particular scene in Gladiator's Honor by Michelle Styles at least once a week, usually while watching foodie shows.  It's the night before the Roman Games, so all the gladiators are having a huge party before they have to face death.  Each gladiator handles this in different ways--some have an emotional breakdown and sob, some get drunk and have orgiastic sex, and some eat so much they have to make themselves throw up so they can go back to eating.

Naturally, the hero of the book doesn't participate in any of these undignified activities, although he does go to the party just so we can see it through his eyes.  The entire point of the gathering isn't to comfort the gladiators at all, but to provide additional spectacle for the Roman patricians who can pay to be a part of the festivities.

The overall book was okay, but I was particularly struck by that scene because it had all the spectacle of a Jerry Springer show and really brought Ancient Rome to life in a way that I never would have expected.

What are some of your most memorable scenes from a book?