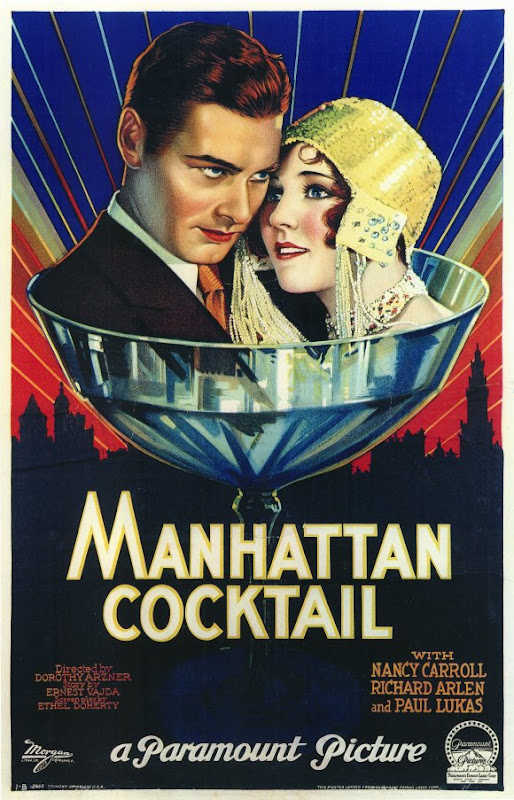 If I had a nickel for every time I heard that cocktails began with prohibition... well, I might have fifty cents. Still, that's a lot (of times, not money).

The myth is that cocktails were invented during prohibition to hide the taste of crappy bathtub gin. In fact, I think that may be a direct quote from The Supersizers Go, which I count on to be 100% historically accurate. Although cocktails (defined as any mixture of alcohol, bitters, sugar, and water) are indelibly associated now with the 1920s and prohibition, in fact they date back to the 18th century, and the first cocktail party took place in 1917 in St. Louis.

Prohibition did have a strong effect on cocktails, but mostly in the type of alcohol used to produce them. Instead of whiskey, the preferred spirit became gin, which didn't require aging. There was a lot of bad alcohol floating around, but of course the quality of alcohol you got depended on who you knew and how much money you had.

I was reminded of all this the other day when I ran across a mention of cocktails in Mary Roberts Rinehart's The Man in Lower Ten, first published in 1906. One of the characters has invented his own cocktail, which he calls a Bernard Shaw: "a foundation of brandy and soda, with a little of everything else in sight to give it a snap." Other cocktails that date back to the 19th century are Old Fashioneds (bitters muddled with sugar, alcohol added with a citrus twist), Punches, Sours (e.g., sidecar, margarita), Slings, Cobblers (wine, sugar, and fruit), Shrubs (vinegar-based cocktails), Toddies, and Flips (using raw eggs).

In the spirit of experimentation, I decided to make my own Bernard Shaw. I'm not sure what "everything else" in the recipe refers to, but I'm going to guess it's ALL OTHER ALCOHOL. This could be bad. 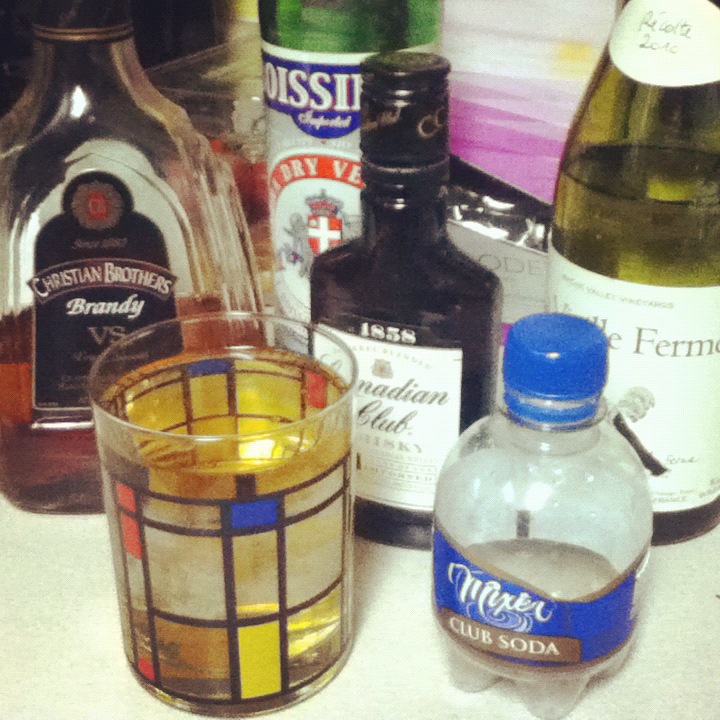 Ooof. This drink was a little hard to take, I'm not going to lie. Not only did it taste really foul, but the alcohol content was cray cray and it started giving me a headache after the first sip. Remind me not to mix drinks I find in novels from now on, okay?