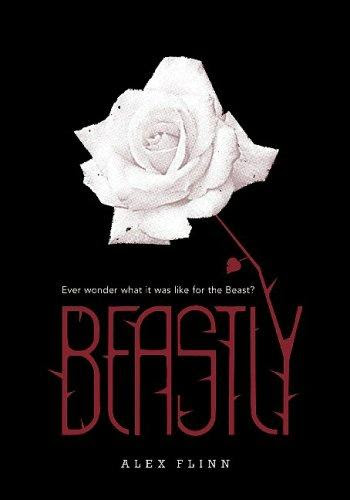 Once upon a time, in a faraway land, a young prince lived in a shining castle.  Although he had everything his heart desired, the prince was spoiled, selfish, and unkind.  But then, one winter's night, an old beggar woman came to the castle and offered him a single rose in return for shelter from the bitter cold.  Repulsed by her haggard appearance, the prince sneered at her gift, and turned the old woman away.  But she warned him not to be deceived by appearances, for beauty is found within.  And when he dismissed her again, the old woman's ugliness melted away, to reveal a beautiful enchantress.  The prince tried to apologize, but it was too late; for she had seen that there was no love in his heart.  And, as punishment, she transformed him into a hideous beast and placed a powerful spell upon the castle, and all who lived there.  Ashamed of his monstrous form, the beast concealed himself inside the castle, with a magic mirror as his only window to the outside world.  The rose she had offered was truly an enchanted rose, which would bloom until his twenty-first year.  If he could learn to love another, and earn her love in return, before the last petal fell, then the spell would be broken.  If not, he would be doomed to remain a beast for all time.  As the years passed, he fell into despair, and lost all hope--for who could ever learn to love a beast?

Sound familiar?  That's the introduction to Disney's Beauty and the Beast, and I used it here because this book is basically exactly like that.  It takes this introduction from the Disney movie, which focuses on the Beast's perspective, and turns it into an entire novel.

I read this book because Ruth from Booktalk & More recommended it; and as I believe I've mentioned, I pretty much do whatever she tells me. :)  I didn't like it as much as she did, though.

Kyle Kingsbury is the most popular and handsome boy at a hoity-toity NYC prep school.  Then he makes the mistake of pissing off a girl with green hair (witch! hel-loooooo!), and she turns him into a beast.

Don't feel too sorry for Kyle.  His father installs him in a huge brownstone mansion in Brooklyn with a private tutor and internet access.  The guy doesn't even have to go to school!  My parents would have made me go to school--I'm just saying.  And he has two years to find his tru wuv and have her kiss him so he can return to his perfect human form.  Conveniently, he manages to get a girl to stay with him, and she just happens to fall in love with.  How convenient.  And they live happily ever after.

The problems I had with this book mostly stem from the fact that it's told from the Beast's perspective.  There's a reason why the original fairy tale is told from Beauty's point of view--Beauty is the one who is put in peril, who discovers things, and who risks the most by falling in love.  The Beast is a whiny brat.  He sure as heck doesn't deserve to be loved by Beauty--or Lindy, in this case--and I have serious doubts about how much he really loves her.  I mean, she's the only woman in the house, and she's the only chance he has of breaking the curse.  If she was the most terrible bitch on earth he'd probably still want her.  Telling a fairy tale from the prince's perspective can work (I'm thinking of something like The Slipper and the Rose), but I don't think it worked here.

Not that the book didn't have its good points.  I did laugh at Kyle's self-deprecating humor and the borderline-psycho things he does to get Lindy's attention.  By far the most entertaining part of the book were the IM chats between Kyle and several other fairy tale characters--the Little Mermaid, the Frog Prince, and a bear.  I also loved all the literature shout-outs in the book to works like The Phantom of the Opera and The Hunchback of Notre Dame.

Overall Beastly was a light, enjoyable read.  But in the end I just couldn't believe that Kyle, returned to his beautiful human self, would still see the beauty in Lindy and think reading was cool.  I didn't really feel like he suffered for being fugly and that he was fully reformed, or truly in love, and that is a fail of the book's most basic premise.