I'm pretty sure everyone, even those who haven't seen the film, know the plot to Rear Window: photographer Jeffries (or Jeff) is holed up in his apartment with a broken leg. To pass the time, he watches his neighbors, and one day he starts thinking a man across the way has murdered his wife.

This is one of Alfred Hitchcock's most famous films, and one of his most admired--for good reason. The screenplay is spot-on and the direction is amazing. You know that old adage, show don't tell? Well, ever since cinema first got started, filmmakers have been obsessed with playing to the strengths of the medium and telling--or rather showing--a narrative purely through visual movement. That obsession didn't change with the arrival of talkies; it only became commercially more difficult! Rear Window is able to tell stories about Jeff's neighbors using almost no talking at all, just by showing them going about their business. I think that's part of the reason this movie is such a filmmaker's film.

One of the things I really like about this movie--that no one else has talked about yet, anyway--are the references to marriage and relationships. Both Jeff's editor and nurse (the always-fun Thelma Ritter) mention marriage to him at the beginning of the film. This is to set up for the entrance of committophobe Jeff's gf, Grace Kelly... or Lisa. Whatever (like how many people remember her character's name at the end of the film? I'm just saying). But I also think the idea of relationships is central to the voyeuristic aspect of the movie. The dynamics of relationships are almost impossible to understand unless you're actually in the relationship. Have you ever wondered how two people can possibly stay together; or thought of two people as the perfect couple, only to find out they're cheating on each other? 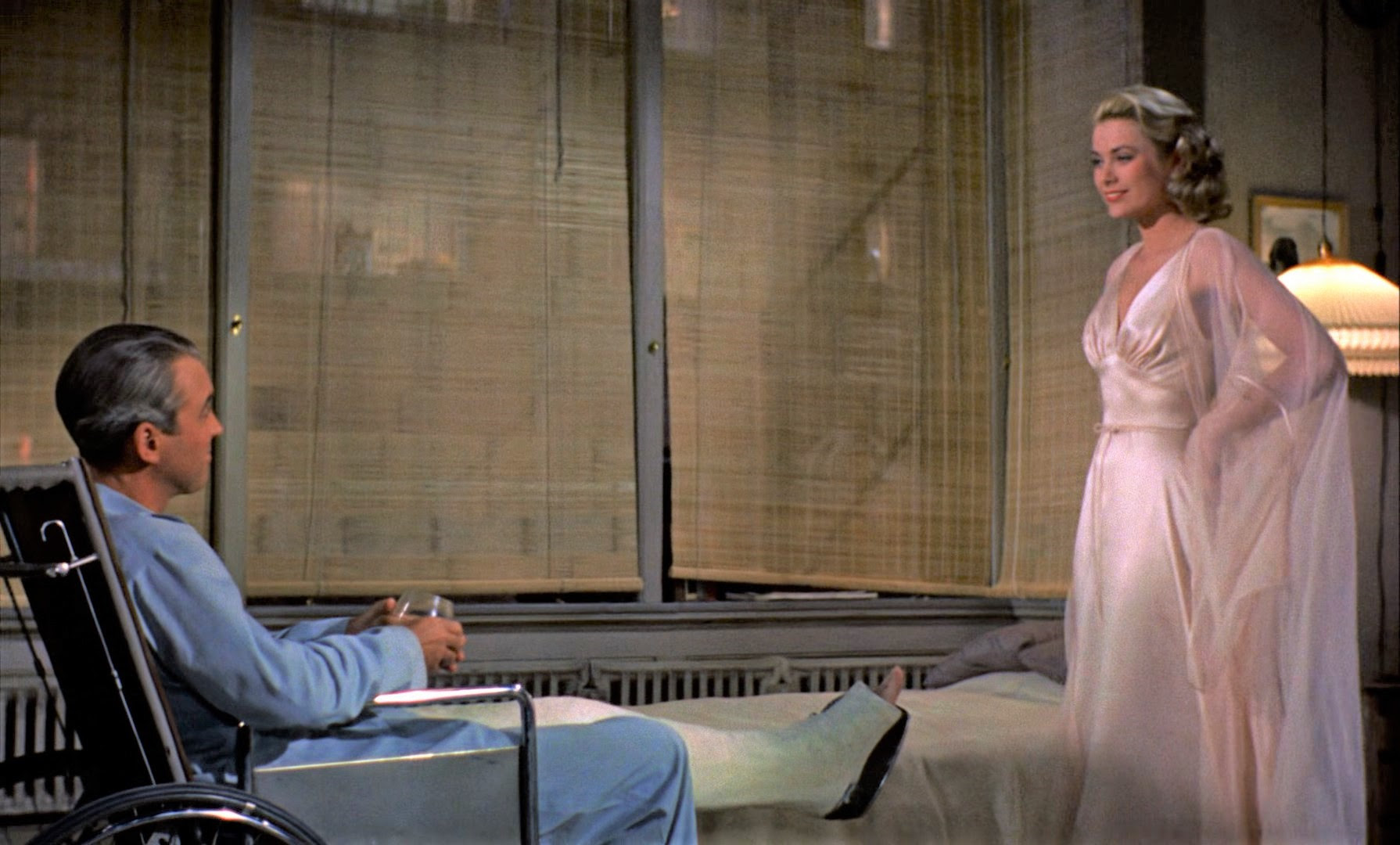 And speaking of, one of the things I've never gotten about this movie is the whole relationship between Jeff and Lisa. Note to Jeff: you have a beautiful, rich woman who is at least fifteen years younger than you are (may actually be more like twenty--yikes!) throwing herself at you. It's not going to get any better than that, buddy. Wake up and smell the roses. And why in the world is Lisa so into him, anyway? o.O I do like how sexually aggressive Grace Kelly is in this movie, though. Go, Grace!!!

Anywho, this is a really good movie. It's the type of film you can watch over and over and not really get bored because you always notice something different. That being said, it's not one of my favorite Hitchcock movies. *ducks* The whole relationship between Lisa and Jeff just bothers my brain. And I spend most of the movie thinking, "Why don't these people close their curtains?" and being more annoyed with the fact that Jeff isn't minding his own biznass than how the guy murdered his wife (which I'm always quite skeptical about). But then I'm from the West where we try to ignore the fact that we have neighbors--if we have them--so maybe that's part of my problem.

But either way, this is a really great, classic, entertaining film that everyone should see.

Next week on My Friend Amy's Summer of Hitchcock, we'll be watching Psycho!