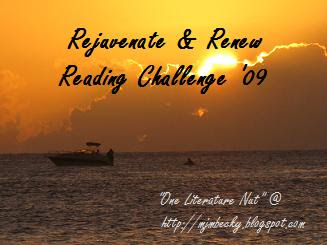 I joined mjmbecky's from One Literature Nut Rejuvenate and Renew Reading Challenge a few weeks ago.  Here are the details of the challenge:

I'm happy to report that I completed my first book in the challenge last night!  I chose to read Symbol & Magic in Egyptian Art

This book was recommend to me by Harmony0stars, and it was a great introductory book into the symbolism that's prevalent in Ancient Egyptian Art.

All of Egyptian art is functional--meaning it's never simply decorative.  All statues, paintings, and objects that we know from the art of the Egyptians served a spiritual and religious function.  It also likely had layers upon layers of symbolic meaning.  I'm not going to go into the specifics of how the symbols interact with each other too much, because that would be like rewriting the book (something I definitely don't want to do), but the types of symbols Wilkinson covers are:
So, as you can see, symbolism in Egyptian art is a very complex subject, which Wilkinson condenses into an admirably short and readable text.  I wouldn't say this is a good book for people who don't know anything about Egyptian Art to start with--I still think Egyptian Art by Jaromir Malek

is the best introduction to the subject that I've come across--but if you do know the basics about it and are interested in the symbols of Egyptian Art, this is definitely a book I would recommend.  In fact, I would consider reading more of Wilkinson's books in the future.

So that's it for my first book in the Rejuvenate and Renew Challenge.  There are still two more to go!  I think I'm going to tackle Buddhism next with a book Rebecca at I'm Lost in Books sent me.  I just want to say thank you to mjmbecky for hosting this challenge and giving me an incentive to read the nonfiction books I wanted to this summer!  I am so happy I read Symbol & Magic in Egyptian Art, and if it hadn't been for this challenge, it would still be sitting in my TBR stack.  So thank you, mjmbecky!