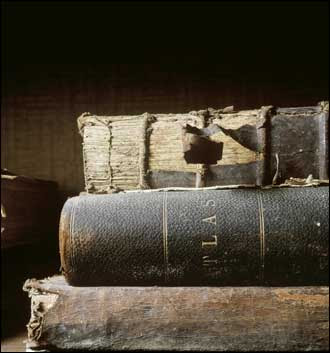 I've been spending a lot of (re: too much) time lately on Goodreads building my "library" by going through my favorite authors one by one and adding them in.  This has forced me to realize several things:
Not the ones that I've re-read, but the ones I read once.  This didn't necessarily surprise me so much as the way my opinion changed.  I would have expected it to be steady somehow--the less I remember of a book the more I like, it for example--but it isn't.  It's totally random.  Books I barely remember I gave four stars to (?).  You'd think if I enjoyed it that much, I'd at least remember some of it.  For example, Medieval Bookworm posted a review of The Secret Diaries of Miss Miranda Cheever by Julia Quinn, which I read a few years ago when it first came out, and it sounded terrible.  Yet I gave it 4 stars?  HUH.  I didn't think I'd ever liked a Julia Quinn book that much until The Lost Duke of Wyndham.

But maybe--and this is certainly a possibility--my assessment of books has become harsher the more I read.  I haz become jaded. -_-

Has your opinion of books changed unexpectedly over time?  Do you think it's because your standards have changed, or because you simply forgot what the book was about?