The House on Tradd Street by Karen White 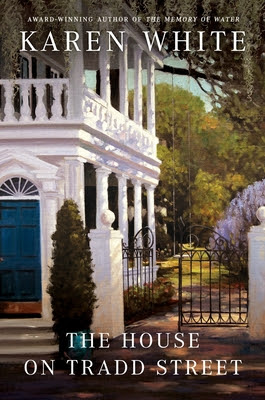 I'm not exactly sure how to review this book objectively--it is a very quick, easy read.  But I never connected with the characters, and the mystery was pretty lame.

Melanie is a Realtor (why is that word capitalized, btw?) who specializes in historic homes in Charleston, South Carolina, even though she hates them and thinks they would be better razed and turned into parking lots or strip malls.  Part of the reason she's a hater is because she can see ghosts; another is because girl's got Issues.  Then an old guy deeds his famous house on Tradd Street to her, and she finds herself burdened with the task of living in and restoring one of these loathed historical houses for at least a year.  Fortunately for her, there is a cast of motley fools more than willing to assist her with this monumental task, including her bestie (who just happens to be an art history professor whose specialty is historic homes), and Jack, a charming history writer.

As I mentioned before, this is a light, quick read.  My problems with it started when I couldn't read it as fast as it was meant to be because of work--that's when I started noticing all the holes in the plot.  Melanie sees ghosts, but this point isn't really effectively utilized in the story.  There's also a love triangle in which all the motivations of the male characters are completely obvious to everyone except Melanie, and a mystery where the clues are painfully obvious.  And speaking of the mystery, that isn't even mentioned until the book is almost 2/3rds over (one of my pet peeves).

But by far the biggest annoyance in this book is the characters themselves, in particular Melanie.  As I said before, girl's got Issues-with-a-capital-I, and it's played way over the top, to point where she is completely unlikable.  I was prejudiced against her as I read of her love of strip malls to replace historic homes, but it gets worse than that.  She doesn't even want the cute little dog!  I seriously question her judgment, as well as the idea that anyone could ever be attracted to her.  Around page 170, I realized I didn't care about any of these characters at all, and really wanted to just put the book aside and move on to something else.  But I couldn't because my mom loaned it to me and I knew she would give me the sad face if I didn't finish it, so I soldiered (re: skimmed) on, and wound up disliking the book a lot more than I would have otherwise.

In truth, I don't think this is a terrible book, and I don't hate it.  I do resent it for taking up my time and being dumb; however, this book isn't meant to be read slowly and picked apart.  It's meant to be consumed swiftly like an M&M and quickly forgotten about.  So if that sounds like something that would appeal to you, I definitely recommend this book. 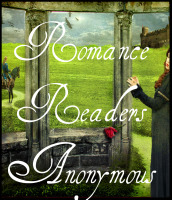 Want more review?  I read this book with Colette from A Buckeye Girl Reads for our book club, Romance Readers Anonymous.  While discussing the books, we pretended to be ghosts on Tradd Street, giving Melanie advice.  Go to Colette's blog to read the discussion!