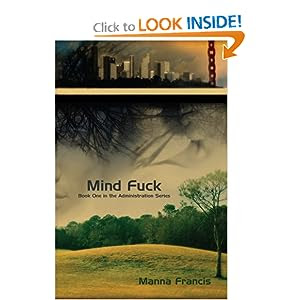 Some time in the future, Europe is controlled by corporations and the Administration, a dystopian-like government that has no tolerance for insubordination. Political crimes are sent to Interrogation and Investigation, a FBI-like government agency authorized to employ psychoactive drugs, torture, and even death in the pursuit of anti-authoritarian conspiracies.

One of the best I&I investigators is Val Toreth. Concepts like "rules" and "morality" are pretty flexible to Toreth, which incidentally makes him a perfect I&I investigator, and possibly the only person who can solve several murders at Sim-Tech corporation and live to tell about it.

I like mysteries, but I have a lot of pet peeves about them, which is why I don't read that many. Two of my biggest pet peeves are when 1., the main character doesn't do shit to solve the case and 2., ignores obvious clues, and Toreth is guilty of both in this book. He gets every break in the case handed to him on a silver platter, and the investigation doesn't feel like it progresses logically. If Toreth had paid attention to clues and figured things out for himself, the book would have been a lot shorter, and I wouldn't have had to sit through boring Sim-Tech interviews that had no point. I also really didn't give a crap who the killer was, and I still figured it out about 100 pages before Toreth did.

So the middle of this book was pretty frustrating. The only thing that kept me reading was Toreth, who is an awesome character. Kris from Kris 'n' Good Books (who recommended Mind Fuck to me) called him an absolute bastard, and he kind of is, but at the same time he also has a great sense of humor--or perhaps it's simply ironic detachment--and he's a total badass. I kept picturing him as Gabriel Macht in my head because the personalities of Harvey Specter and Toreth are pretty similar (as are their secretaries), and I love both of them for pretty much the same reasons. It's impossible not to root for Toreth, and happily he redeems himself--as a sleuth, I mean--in the last quarter of the book, which had several twists I did not anticipate at all and was a very intense, gripping wrap-up the story.

Warrick, meanwhile, is supposed to be the "good guy" in this scenario, but I spent the majority of the book hating him. Like Toreth, I developed a perfect picture of Warrick in my head; except in this case he resembled one of my former professors, and it really creeped me out. I also didn't find him any more ethical than Toreth (although what constitutes morality in this world is somewhat unclear), unless you consider a holier-than-thou attitude to be a sign of virtue. However, by the end of the book, like Toreth, he did redeem himself and I warmed up to him considerably. Both characters do good and bad things for maybe not the best/worst reasons; but they do have reasons behind their actions, which makes them understandable if not sympathetic.

As for the writing style itself, it has a lot of personality and subtle humor in it, which serves to lighten what could be a really heavy and depressing story. Francis also doesn't talk down to the reader--there is a lot of complex science and computer engineering here that's never dumbed-down. Fortunately, as a reader, you don't really need to comprehend the mechanics to get what's going on; it just helps to build the believability of the setting and underscore the danger the characters face.

By far the greatest strength of the novel are the characters, though, who are complex and fun to read about, even the more minor ones like Sara, Toreth's secretary, or Lee in Justice. I am definitely going to read the rest of the series, if only to revisit them.

If you're in the mood for a morally ambiguous, character-driven mystery with sci-fi and dystopian elements, I highly recommend this book. Even though I had some problems with the mystery, overall it's very well-written and entertaining. And, to make it even better, you can read it for free on the author's website.