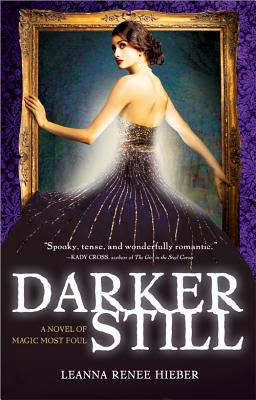 In 1880's New York City, a young girl who is mute falls in love with a painting. This may seem like an usual plot, but actually there's a long tradition of stories and fables where art either comes to life, traps a live person, or seems to be alive to the point where someone falls in love the subject. What do they all have in common? They all have something to do with sex and the gaze. They all suggest that a truth lies in the image that's hidden by ordinary life. And they're all more interesting than Darker Still.

I really wanted to like this novel. Leanna Renee Hieber was one of the first authors to connect with my blog because I reviewed her first book, and I think she's a great writer. As an art historian, I tend to read every book that has something to do with art I come across and, in a very weird coincidence, I wrote about runes in painting for my master's thesis. Also, Colette from A Buckeye Girl Reads got a copy of Darker Still signed and then mailed it to me! Wasn't that nice of her?

With all that, one might think this book and I would be sure bets--I certainly thought so--but I wound up not finishing it. Perhaps it might be because I know too much about the subject, but I don't think so. I don't expect total historical accuracy from novels, especially in a subject as obscure as the occult in art. However, I DO expect a good story, and that simply didn't happen here.

Darker Still started out okay. It's "framed" in the way novels from the nineteenth century tend to be, as part of a police file that includes the main character's journal. At first I thought this was pretty brilliant and clever, but I was quickly bothered by the fact that the "journal entries" didn't read like journal entries, but like a regular novel in the first person.

When I really knew this book and I wouldn't get along, though, was the first time Natalie sets eyes on the portrait of Lord Denbury. This is basically the meet-cute of the book, yes? Even if it's just a painting, I expected something--some spark, some chemistry, or at the very least something interesting--to happen. But alas, nada. I read over the scene three times just to make sure I hadn't missed a key word or sentence that would tell me why everyone found this portrait to be so intriguing. 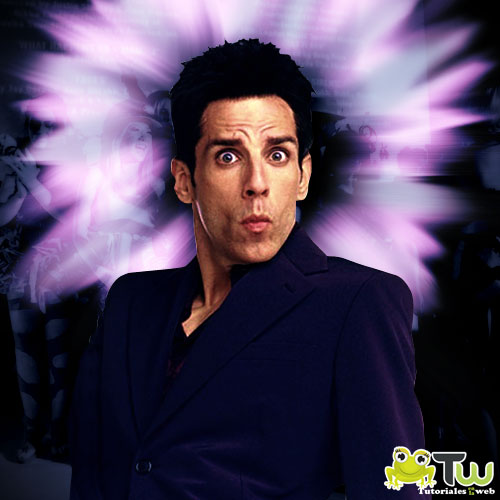 To be sure, the portrait has a somewhat curious history (although nothing sensational) and the subject is handsome--or so we're told. But the problem is that as a reader I cannot see this portrait. I'm told Denbury is handsome, but the way he's described makes him sound like Zoolander. The rest of the painting was related in a very stark, bare-bones manner, and sounded like a totally orndinary portrait. Rather boring and old-fashioned, in fact; certainly nothing to cause a Madame X-level of buzz.

Furthermore, while reading about the painting I kept being distracted by inconsistencies that pulled me out of the story. For example, Natalie describes Denbury thusly: "Tiny traces between his nose and the corners of his pursed and perfect lips indicated that his mouth would grow lines of an often wide smile as he aged." First of all, that's a pretty tortured sentence (one of many). And second of all, what seventeen-year-old thinks about how a person is going to age? The whole scene is wrapped up by Natalie declaring, "And yet, there was something terribly compelling about him." UHG. Insta-love much? Not only is that the romance cliche to end all romance novel cliches, but I don't find him compelling, and there's no reason why Natalie does beyond the fact that everyone else seems to.

I kept reading in the hopes the book would improve when Natalie went into the portrait, and it did a bit, but Denbury seemed silly rather than mysterious, and the villains were cartoonishly obvious. I was laughing a whole hell of a lot, and not because the book was trying to be funny. It was because of cheesy scenes like this:


I studied the particulars of the scene. The book The Girl remained jutting out from the shelf.

And then I noticed a new shift. Something else out of place. Different.

On his desk, the pristine blotter bore droplets of ink, and the quill was lying on its side rather than upright in the shaft of the inkwell. Two words seemed to scream up at me from a note that faced my direction on his desk.

Haha! Denbury wants YOU! Yes, you! Just in case you thought he was telegraphing the cat. Or when Natalie finally meets this supposed 19-year-old heart-throb and he commences with the desk-pounding and exclamation-marking:


"Denbury pounded his fist on his desk in fury. 'The bloody bastard!'"

At this point I'd started to feel like Darker Still was an adaptation of The Nutcracker and Mouse King, where a young girl becomes nonsensically obsessed with a painting instead of a nutcracker. But rather than turning out to be a prince, the guy is a bombastic octogenarian Whig; and instead of sweeping her off to an enchanted palace made of candy, he takes her to a 9x11 office cubicle with a fake fireplace. Très romantic.

On top of all this, I really hated Natalie as a character. Her personality basically IS that she's mute. That's it. There doesn't seem to be any reason for what she does beyond the fact that someone else wants her to do it, or any reasoning behind her ideas other than someone else thought it. Of course, she never really NEEDS to think, seeing as how who is good and who is evil and what exactly is going on and what she needs to do about it is all telegraphed to her, in a painfully obvious fashion. Snorz!

I heard a saying the other day that "A cat sat on a mat is not a story. A cat sat on another cat's mat is a story." This book is about a cat who sat on a mat. Everything just happens, with no conflict or intrigue to keep the reader engaged. There's no sense of atmosphere, historical place and time, characters with personalities, or stakes. And this why it read so young to me--as if it was written for 8-11 year-olds rather than teens or adults--because there's really no depth to the story at all. What you see is what you get, and that's pretty damn boring in art, life, and literature.