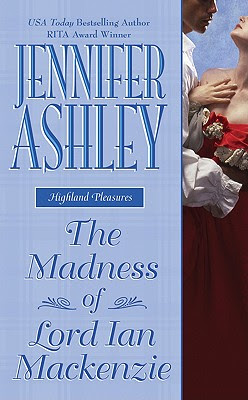 One of the linchpins of a good story, I think, is the element of mystery, which obviously isn't the same as suspense. Mystery is more cerebral while suspense is more visceral. I think that's one of the reasons why suspense works so well in movies. You eat pictures with your eyes but you eat words with your brain, especially when those words are on paper.

In Little Women (the movie with Winona Ryder), Jo says something that has stuck in my head for years: books aren't about what you know, they're about what you don't know. You have to want to know about the characters or what's going to happen to keep reading. Unlike in movies, where information is limited to what's before your eyes, in books your mind has to be engaged. You have to wonder about something. That's why mysteries took off with the rise of the novel.

Unfortunately--I think probably because of the dominance of TV and movies in our lives now--this art of capturing one's interest and stringing it along with questions is really pretty rare in fiction these days. Most of the books I read seem to follow Hitchcock's edict that it's better to have an audience know about a bomb under a table for fifteen minutes than surprise them with an exploding bomb for five seconds. Of course, Hitchcock was making suspense movies, not writing books.

That's why it was nice to read The Madness of Lord Ian Mackenzie, because the author, Jennifer Ashley, does a great job of telling this story by building up the reader's questions about the Mackenzie brothers and then surprising us with turns in the story. "What is up with these Mackenzies, why are they all crazy?" you wonder soon after the story starts. Along with, "Why does Detective Fellows have it out for Ian?" The characters don't act like tropes, but like actual characters with motivation, and I loved how unconventional Ian and Beth were. Beth is a window who, through a series of unlikely events, has risen out of an East End London workhouse to become an elegant heiress. Ian, the younger brother of the Duke of whatever, probably has Ausberger's or a mild form of autism, and was institutionalized as a young boy. But he's not the only odd person in his family--all of his brothers are crazy and obsessive, and as the story unfolds we begin to understand why.

I really loved this book and can't believe I waited this long to pick it up! Even the murder mystery in the novel was very well-done and had me engaged and guessing until the end. The Madness of Lord Ian Mackenzie restored my belief that great story-telling is still to be had in historical romances.