Book Review: SILENT IN THE GRAVE by Deanna Raybourn 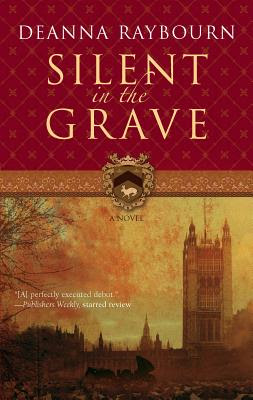 "To say I met Nicholas Brisbane over my husband's dead body is not entirely accurate. Edward, it should be noted, was still twitching upon the floor."

Thus begins Silent in the Grave, a book that people have been recommending to me for years. It took a while, but I finally got around to it and they were right--Silent in the Grave is exactly the kind of novel I enjoy.

Lady Julia Grey is a young widow. When Nicholas Brisbane approaches her to suggest that her husband, who had always been sickly, was murdered, she dismisses the idea immediately. Almost a year later, however, she finds a threatening note in her husband's office and realizes Brisbane was right. Can she and Brisbane manage to find out who poisoned Lord Edward with almost no clues to speak of? It wouldn't be much of a mystery if they didn't, now would it?

The beginning of Silent in the Grave was fabulous--very atmospheric and morbid, but in a humorous way, like an Edward Gorey painting. I loved Lady Julia's voice (the novel is told in first person), and I am a total sucker for books where the hero and heroine argue, which Julia and Brisbane did quite a lot of. I had no idea how they were going to discover the murderer, but I wanted to find out!

That being said, the book started to lose me in the middle. I guessed who the killer was less than a third of the way into the story; Lady Julia began acting inconsistently, occasionally behaving like an idiot for the sake of dragging out clue reveals; and I didn't get any chemistry between her and Brisbane once they stopped fighting. WHY do they always have to stop fighting? Plus, Julia does tend to go on a bit. I started to skim through some sections. 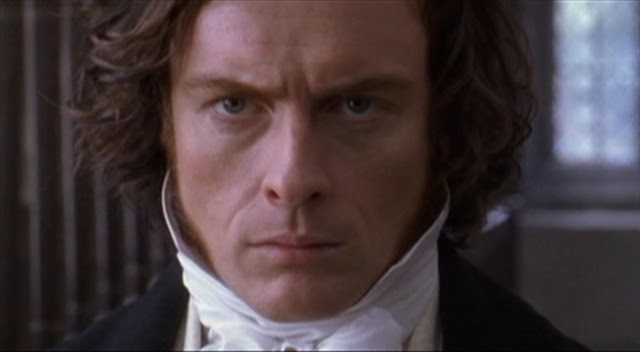 Brisbane is an interesting character, kind of a combination between Sherlock Holmes and Heathcliffe. But for some reason he didn't really interest me that much. Mainly all he does is brood (I'm sure he does other things, but while he's on the page it's mainly brooding). The clairvoyance struck me as cheesy rather than mysterious, and I guessed at his origins almost immediately.

Julia, meanwhile, is supposed to be going through a transformation into her own woman and all that good stuff, but I found the evidence of this was pretty shallow. A deep-cut dress does not a liberated woman make; just ask Marilyn Monroe. For the most part Julia remains as conventional as she was at the start of the story. I did like that she found nearly all the clues in the investigation; but then she does live in the house, and it took her long enough. Her family and her servants, on the other hand, were hilarious and awesome, and I wish they had had a more active role in the investigation.

So there were definitely some weak points in the story, and I'm not sure I want to continue reading the series--not because the book was bad, by any means, but because at this point I'm still not invested in Julia and Brisbane as characters, and I'm not sure I can handle another round of Julia wanting-Brisbane-to-pay-attention-to-her-but-really-not-that-much-attention. For the most part, however, I did enjoy this novel, if only for the fabulous Victorian feel of it, and I'm really glad I finally took the time to read it!