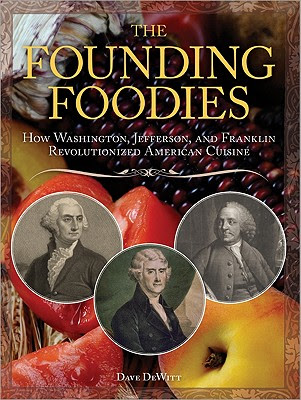 I was SO excited about Founding Foodies when I first saw it. I heart cultural history of any sort, whether it addresses dance, art, cooking, literature, film--you name it. Not to mention that one of my favorite things to eat is mac & cheese, and one of my favorite things to think about while making it is that Thomas Jefferson served the first dish of macaroni and cheese. How cool is that? In a way it ties me and Thomas Jefferson together. As a result, I've always been curious about Jefferson and his pals, and how their legacy can be found in food as well as politics. Since many of the men involved in the American Revolution were tavern owners and farmers, it stands to reason they knew their food.

Founding Foodies purports to tell us about the beginnings of "America's diverse food culture," as well as give us original Founding Father recipes like George Washington's beer and Martha Washington's fruitcake. How fun is that?! Unfortunately, the answer is not very fun at all, because this book fails on practically every level imaginable.

My high expectations of Founding Foodies started to plummet in the introduction. Perhaps it's just my years of being in school, but I expect the introduction of a non-fiction book to summarize the topic, lay out the central argument or point of the book, and provide a brief run-down of how that point is going to be made. What was in Dave DeWitt's intro? First, he talks about why he likes Jefferson (he went to the University of Virginia), and then he spends the rest of the introduction defining the terms "foodie" and "founding father." This was worrisome because both of these terms are generally understood by the North American public; so either we as readers are being talked down to, or DeWitt does not know what the fridge he is talking about.

Things, shockingly, did not improve from there. The first chapter doesn't start with the Founding Fathers at all, but with Sir Walter Raleigh, and it takes PAGES before food is even mentioned. The timeline jumps all over the place, from 1492 to 1850, and there is no central argument or point to be had anywhere in this book. Take the chapter on Thomas Jefferson, for example (I was sure DeWitt would at least manage a solid on this one, since he was such a self-professed Jeffersonian), which goes something like this: Thomas Jefferson, man of the world and lover of different cultures, founding foodie extraordinaire. Let's talk about him! Wait, let's talk about his slaves. He fed them! What a guy! Wait, let's talk about tomatoes. Now let's talk about ice cream, but let's discuss muffins while we're talking about that. Now let's talk about Jefferson's garden. What was his favorite vegetable? The debate rages. And why didn't we talk about tomatoes in this section? I don't know! UHG.

Even if there had been a point DeWitt was trying to make, the book is way too generalized to make it. Hey, did you know they served food at the White House? And people ate corn? It's true. They ate corn. I did like that DeWitt included a lot of information about what the slaves ate, but like much of the information in The Founding Foodies, it lacked a whole lot of context.

Furthermore, I really don't think DeWitt has any clue to what someone who would pick up a book like this would be looking for. Just as an example, at no point does he address the famous macaroni and cheese dish. If I've heard about it, it's got to be well-known; and it's one of America's favorite meals to this day. Yet there's NOTHING. ABOUT IT. ANYWHERE, other than a small note in the recipe section that Jefferson did serve a pasta dish with Parmesan cheese. No recipe, no date, no discussion. Does DeWitt know anything about his audience? Anything at all? 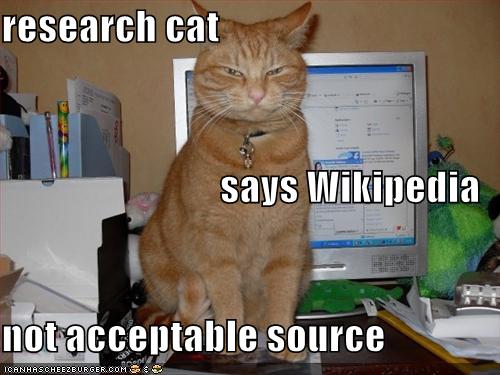 Frustrated, I flipped to the bibliography (there isn't a conclusion, which is probably for the best), and realized that was what I should have done in the first place, because many of DeWitt's sources are Wikipedia pages. HE LITERALLY CITES WIKIPEDIA AS A MAJOR SOURCE IN HIS BOOK! Not just a few times, but regularly. In the intro to the bibliography, DeWitt tries to excuse himself by saying he fact-checked Wikipedia to make sure it was correct. Oh, really?! You fact-checked Wikipedia? Why didn't you just use the sources you found while making sure Wikipedia was accurate then, hmmmmm?

To make it matters even worse, the writing style is stupefyingly boring. If I wasn't going to be put off by the total lack of logical organization and saddest excuse for research I have ever come across in a published book, the writing would do it. It's like reading the narration to a History Channel special, and I do not mean that in a good way.

So just to summarize: this author wrote a book that he basically researched using Google. And now we know why it sounds like he doesn't know what he's talking about: HE DOESN'T.

There are some books that make me wonder how on earth people get published, and this is one of them. Even the index is a piece of crap, that's how bad this book is. You can do better. Might I suggest Wikipedia?