The Better to Hold You With: About KRAKEN: THE CURIOUS, EXCITING, AND SLIGHTLY DISTURBING SCIENCE OF SQUID by Wendy Williams 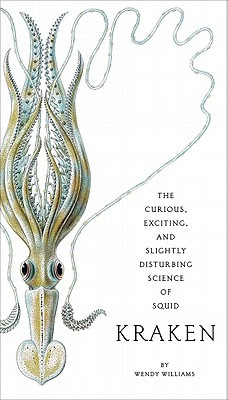 A not-so-secret: I love squids. OMG, love! They are my favorite animals. There are so many cool things about squids: they're super-intelligent, for one, and there lots of different kinds, and they're very mysterious.

ANYwayyyy, that's why I leaped upon Kraken when I saw it offered for review. I was blissfully excited about learning more about squid. However, for some completely illogical reason, I thought it was going to be about the cultural history of squid as opposed to the sciency stuff (which is pretty silly considering the word "science" is right there in the title). Not that the science of squid can't be interesting, I just don't want to read a whole book about it.

One of the more fascinating themes in the book--though I'm not sure it's intentional--is how squid are often reviled and hated by humans. In the introduction, Williams describes the first deep-sea exploration vehicle, built in the 1930s by William Beebe and Otis Barton. Using this submersible, they were able to see a vampire squid--so-called not because it drinks blood (it feeds off plankton), but because of its red skin and eyes--in the wild. Beebe said it was, "very small but terrible," with "sinister arms." 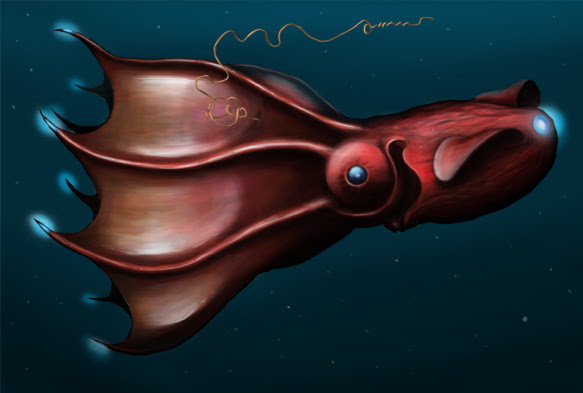 Vampire squid comin to get ya

But the vampire squid isn't disgusting; it's cool! It's a squid and an octopus in one! Its huge blue eyes can turn bright red in an instant, no one knows why. And if a predator is chasing it, it chews off one of its little feet and the bio-luminescent lights that covers it lures the predator away.

(Actually, now that I think about it, the vampire squid is kind of like an underwater Cullen, isn't it? Sparkly, blood red eyes...)

I found that part really interesting. But Williams quickly moves on from there to devote most of the rest of the book to modern-day scientific discoveries. To be honest I 1. don't really care about the sciencey talk, especially when I feel like I'm rereading my middle school biology textbook; and 2. get a little touchy when it comes to scientific experiments on my favorite animals. Why can't you bastards just leave the squid alone???? WHY.

See, if I was writing this book, I might have looked at the long history of human revulsion for and fear of squid, and speculated on its causes. Is it because squid are as smart as humans? Because they don't have skeletons? 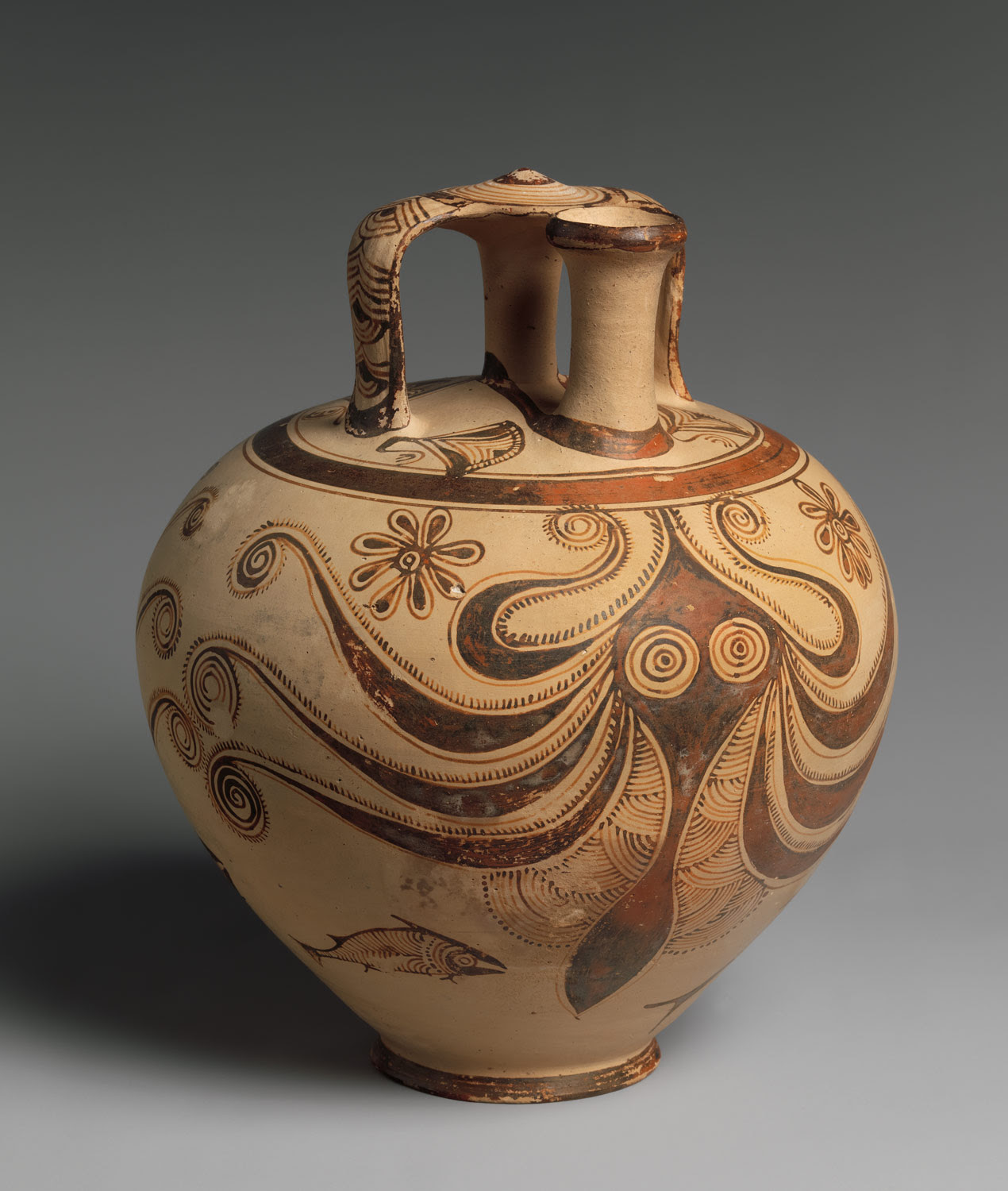 Octopus stirrup jar, Mycenaean, c. 1200 BC (in The Metropolitan Museum of Art)

One might also theorize that cephalopods represent a certain femininity that frightens the bejeezus out of men in patriarchal societies. Hence sailors' fears of a giant squid attacking them, and Beebe's antagonism toward them. Even if octopi don't represent femininity, they definitely seem to be associated with female sexuality. 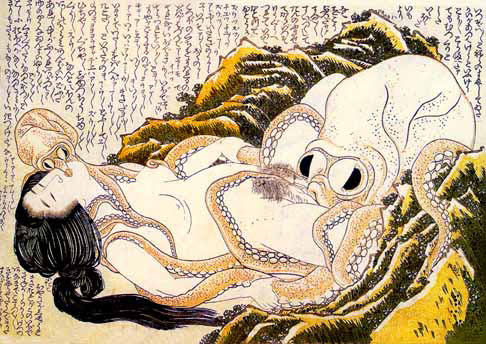 Picasso sketch, not sure of date or title.

It would be a mistake, though, to say our illogical fears of squid belong solely in the past. Williams actually demonstrates this effectively with her stories of contemporary research into cephalopods. Popular culture reflects this as well--there's a pest control commercial that likens octopi to roaches; and let's not forget the ever-popular Cthulhu or Ursula, the baddy bad woman from The Little Mermaid.

So that's what I felt was really missing from this book--I wanted more history and less science, because that's what I'm interested in. Kraken is still worth a peek if you like squid, of course; but it didn't rock my world with its awesomeness and I think overall probably has a limited audience.