THE HYPNOTIST by MJ Rose 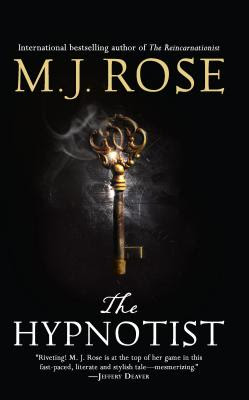 FBI Art Crime agent Lucien Glass is trying to crack down on Malachi, who specializes in past life regression (this plot is continued from the previous books in the series, which I haven't read). Meanwhile, some other people want to steal a chryselephantine statue from the Metropolitan Museum of Art, and so does this other person, who instead of just stealing it hatches an elaborate plot involving stolen artwork that they use to bribe the Met into surrendering the statue of Hypnos. Then there are explosions. Somehow, everything intersects.

Sooo, you really want to read this book now, don't you? Yes you do, just admit it! Luckily for you, I haz a contest. Voila! It's even open internationally if you're willing to accept the book in eFormat (PDF).