Do Clothes Make the Character?

How important is what a character wears?

My initial response would be, "I can't see what they're wearing, so clothes are totally unimportant." But if I said that I would be lying, because badly-dressed characters have the potential to utterly wreck a book for me. One of the reasons I DNF'd Hunting Ground was because Charles dressed like Steven Seagal. I believe my exact words were, "Ms Briggs, may I suggest opening a male clothing catalog published post-1990s the next time you describe what your characters are wearing?" Add in some pointless scenes where his wife bought him several--not one, but several--short-sleeved silk shirts and I was like: No. No. Nooooooooooooo!

Whenever a girl character starts buying clothes for guys, especially if she's interested in said guy, I start to get worried. Such scenes should come with a warning: plz do not dress this guy up like a douchebag. Seriously, is that so hard? The fact that Amy dressed Alexander in khakies and running shoes nearly ruined The Vampire Stalker for me; thankfully the author stopped mentioning it so I could go back to imagining Alexander looking, you know, cool.

And then there are scenes where the hero starts instructing the woman on how to dress. OH LORDY. First of all, a man should have the grace to at least pretend not to notice a woman's fashion faux pas; that's common courtesy. And second of all, this is something that would be guaranteed to piss me the hell off if it happened in real life. Can you say controlling??? The fact that Lucien bought clothes for Jessica in Jessica's Guide to Dating the Dark Side is one of the many reasons why I DNF'd that sucker and nearly set it on fire while I was at it. And in one of my latest reads, Unlocked, the hero, Evan, tells the heroine she should be wearing different colors. Maybe he had a point, but Evan, please shut the hell up before my desire to claw your eyes out right now transfers this book and I break my kindle by smashing it against a wall.

Of course, it's not all about who picks the clothes, it's also about what those clothes say about the character. I was watching some random show about movies once wherein a whole slew of actors, from Dustin Hoffman to Kirsten Dunst, discussed how wardrobe is the key to understanding their characters. One would think for an actor the script would be the most important thing; but apparently the character doesn't come together in their "mind's eye" until they put on said character's clothes. So the outfit really does make the person--or at least our perception that person, our ability to categorize them quickly in a certain way that's very useful in story telling.

There are times when the way I envision a character goes completely against how an author describes them. Like the way I picture Edward Cullen in my head is a younger version of this: 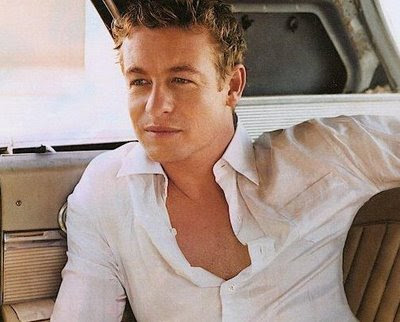 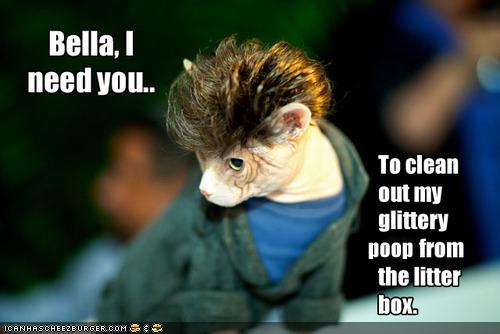 and I didn't even notice until I'd read the book for the third time that Edward was supposed to have brown hair or something??? Whatevs, he's clearly a blonde.

I'm not obsessed with fashion or anything, but the fact is that even though we can't see book characters in front of us, clothes play an important role in our understanding of them and the story. Think of the slipper in Cinderella. If an author takes the time to point out how a character dresses, it doesn't become visually important, but rather integral to the understanding of the way that character's mind works--much more so, I think, than when we do see people in real life. If how a character dresses fights against our understanding of who that character is, then that disconnect can kick us right out of the story. So it's wise to use clothes with caution and let the reader do most of the work--if I wanted roles to be cast for me, I'd watch a movie.