18 vignettes highlight the different arrondissements (or neighborhoods) and people that make up one of the greatest cities in the world, Paris.

Here's the thing: I love Paris. I hate big cities, but Paris is the one big city I could live in. So when it comes to a movie like this, which is basically a love letter to a city I love, I'm a sure bet.

I'm not going to tell you what all 18 short films were about (for that you can go to wikipedia), but there were definitely some standouts: 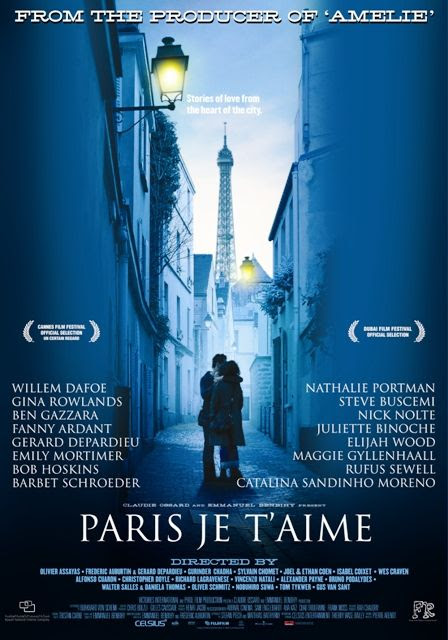 That's just five short films out of eighteen, but actually the majority of them are pretty good. A few are boring, and a few are like watching the drama team in high school (lots of shouting, dramatic statements, slapping, and--on my part--eye rolling), but the vast majority of them are 100% worth seeing.

That being said, when you watch them all in a row it gets to be exhausting. That's 18 different storylines in a two hour period! It felt way to long and even though I was enjoying it, after the first hour I wanted it to end. I'm glad I stuck with it, but personally I wish I had been able to view each short film one at a time over the course of several days.

There's not much to say beyond that other than, if you love Paris, this movie is definitely worth checking out. 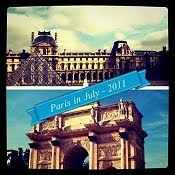 I watched this movie as part of Paris In July, a month-long challenge hosted by Book Bath and Thyme for Tea. Check out Book Bath's blog for more details.