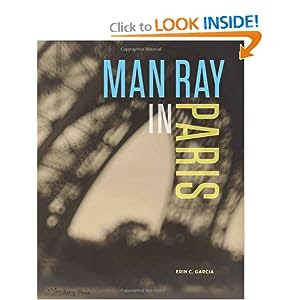 Some people get all the luck, and no one's a better example of that maxim than Man Ray. An American painter, he hung out with 291 crowd and paid the bills with fashion photography. He met Marcel Duchamp in New York City after the Armory Show and the two quickly became besties. They couldn't talk, since Ray didn't speak French and I guess Duchamp refused to speak English (?); so they communicated through games like chess. Which quite frankly, is ADORKABLE. When Duchamp decided to return to Paris, Man Ray followed, and immediately found the perfect community of artists and intellectuals to hang with. Within a matter of weeks, he had his first gallery showing, was fluent in French, owned the perfect apartment and studio in Montparnasse, invented his own photographic process, and was flooded with commissions for photographic portraits and other projects. 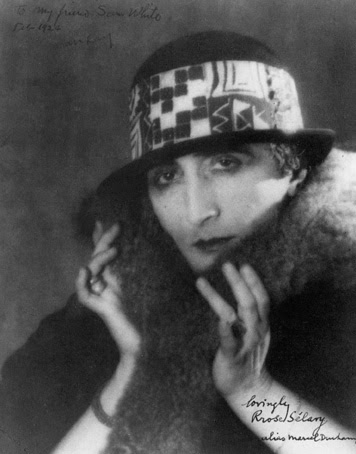 So basically Man Ray is pretty kick-ass and interesting. As for this book about him, well, it wasn't what I was expecting. I thought I would get a lot more out of it.

It's super-short and literally took me less than half an hour to read. For someone completely unfamiliar with Man Ray's work, this would be a good introduction, but for everyone else I think it's pretty sparse. It covers a very short biography of Ray, then dives right into his photographs, which are very interesting. But there isn't much information about them. And there's absolutely nothing about his interest in alchemy or how some of his photographs are homages to other paintings, or about the short films he made with the surrealists, or anything really.

It is cool to look at all the different processes Ray experimented with during his years in Paris, especially solarization and Rayographs. But really I think you could find a more informative book just about anywhere.

If you do want to check out Man Ray in Paris, I'd recommend getting it from the library. 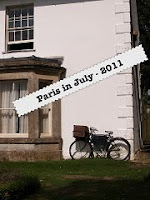 I read this book as part of Paris In July, a challenge hosted by Book Bath and Thyme for Tea. Click on the button for more details.


Fun link of the day: l'Etoile de Mer, one of the many movies Man Ray directed in collaboration with the surrealists.