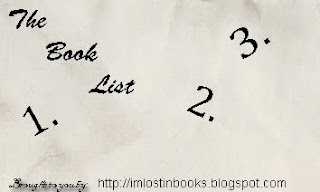 My blogging buddy, Rebecca from Lost In Books, has a meme called The Book List, which I have been very remiss in participating in.  But this week she has a question that I actually kind of know the answer to!  Rebecca wants to know what are my three favorite eras to read about.  Except I changed it to settings because I fail at memes.  Anyway, here are my favorite eras/settings:


Venice, 18th Century--Love books set in Venice!  And what better era to read about this ultimate Baroque city but the Baroque, when Casanova roamed the streets and people went to parties in Venetian masks?

19th Century, Anywhere--As I've mentioned before, I'm a total 19th-century geek.  So 19th-century anything is pretty much up my alley.

New Orleans, Modern-day--New Orleans is another city that I love reading about.  Personally, I think it's even more fascinating now than it was in the past.


So those are my favorite settings and eras!  What are yours?