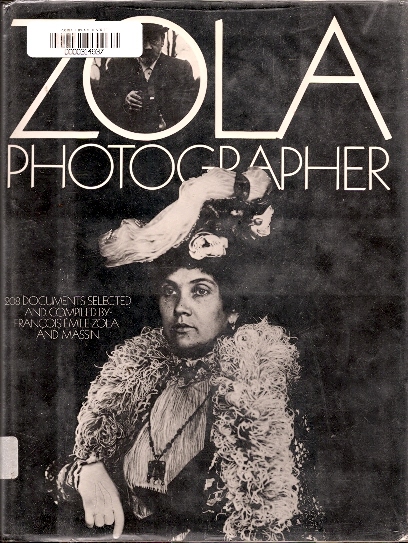 ETA:  Emile Zola was a famous French writer in the latter half of the nineteenth century.  Although I'd heard of Zola (it's impossible not to when you study the time period, especially since he hung out with famous artists like Cezanne and Manet), I'd always avoided reading his books because they intimidated me.  But after picking up Nana earlier this month, I found myself fascinated by all things Zola, and checked out several books from library both by and about him.

This book, which is out of print, was a disappointment for me.  Considering the famous people Zola knew, I was expecting pictures of them (especially my boyfriend, Manet).  But most of the book is filled with photographs of Zola, his wife, and their children.  While these portraits were very candid and sweet, I'm not sure they're of much interest to the average person--i.e., myself.

There were a few interesting sections, however, especially photographs Zola took of the Crystal Palace and London (it's startling how different London looks from Paris in the photos), and scenes from the 1899 World's Fair in Paris, when the Eiffel Tower was erected.

As for the text, there's not that much of it, and what is there isn't exactly gripping or illuminating.  Not that one reads these types of books for the text, mind, but more quotes by Zola himself and context for the photographs wouldn't have been remiss.

One of the weirdest photographs is of Manet's portrait of Zola.  Pictures of pictures always leave me with a sense of irony, but the fact that Zola would do it for some reason just strikes me as bizarre and a little wrong.  It feels oddly funereal to look at: 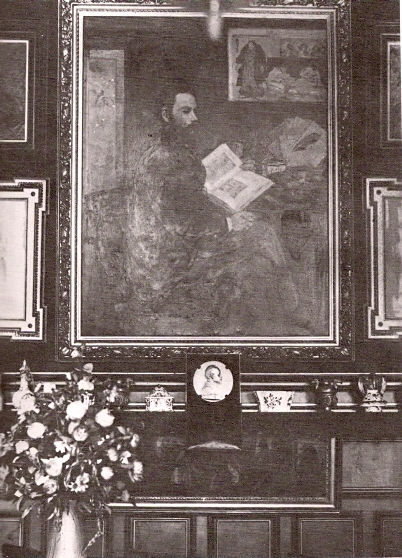 The death of painting?

And that is what I learned from this book.