Clint: A Retrospective by Richard Schickel

Undoubtedly one of the greatest actors and directors of the twentieth century is Clint Eastwood.  Clint:  A Retrospective offers an overview of his sixty-year career, plus a short documentary on DVD.

The text to the book can best be described as restrained fanboi--there's not really a lot of critical investigation of Eastwood's films (especially the newer ones, which is kind of annoying, seeing as they're arguably his best), and the most interesting stuff of course comes from Eastwood himself.  But as I mentioned with Zola: Photographer, no one reads these kind of books for the words, anyway--the real appeal is the ton of pictures--movie stills, photographs, and movie posters in full color are what really make the book worth checking out.  Here are a few samples: 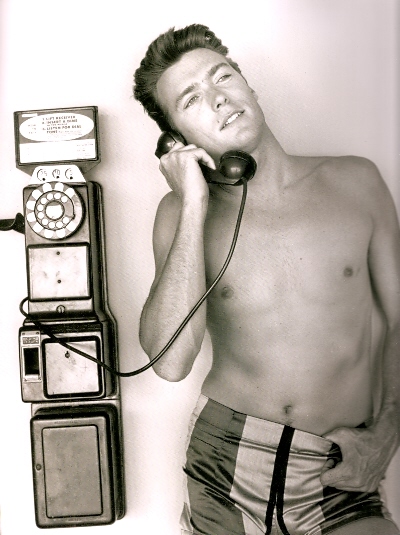 This early publicity photo was taken in the 50's when Eastwood was just starting out.  As MacKayla Lane would say, he's definitely a leftie. 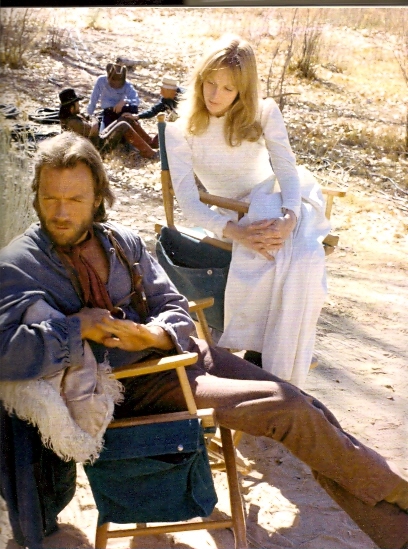 This is my favorite shot in the whole book.  Eastwood relaxes on the set of The Outlaw Josey Wales, next to co-star Sondra Locke.  It was on the set of the movie that Eastwood and Locke fell in love.  The picture reminds me of Manet's paintings, with two people who apparently have some sort of relationship but don't look at or interact with one another.

There's also a DVD with the book that has a mini-documentary (about twenty minutes).  It basically repeats all the highlights of the book, for those who don't like to read, and doesn't offer much in the way of information.

Overall this book was just okay.  I definitely think Eastwood deserves his own retrospective, and as a treat for the eyes this one is great.  However, the book could have used some actual criticism and investigation of Eastwood's films.  Yes, broken families is a huge theme with the stories Eastwood picks--but why?  Considering they're like the bestest friends ever, one might think Schickel would have asked.  He might have, but if he found the answer it's not in this book.

That being said, I think this would be an awesome coffee table book to have out for people who don't usually like to read.  And who doesn't like Clint Eastwood?  Seriously.