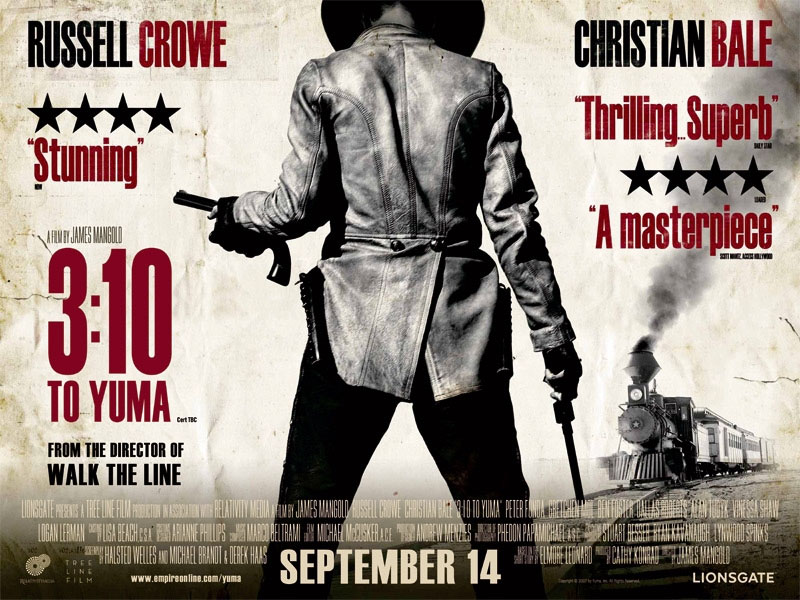 As usual with movies (among other things), I'm late to the party.  3:10 To Yuma came out, like, YEARS ago, and I only saw it last night on TV.  But I enjoyed it so much I just had to write a review of it.

I typically don't read and watch the same types of things.  For example, I only very rarely read Westerns; but I do really enjoy watching them.  The Good, the Bad, and the Ugly and Thunderheart are two of my most favorite movies; and 3:10 To Yuma is definitely right up there with them.

In my opinion, for a Western to be great, it has to have three things: at least one completely awesome character, landscape, and mythology.  3:10 To Yuma combines all three in a way that feels original, yet satisfies all the requirements of the genre.

Russell Crowe is Ben Wade, an outlaw who robs trains with his gang.  When he's run down by the Pinkerton detective agency and the Southern-Pacific, circumstances conspire to have struggling rancher Dan Evans (played by Christian Bale, who looks way too good, even if he is scruffed up) accompanying the party escorting Wade to trial in Yuma. 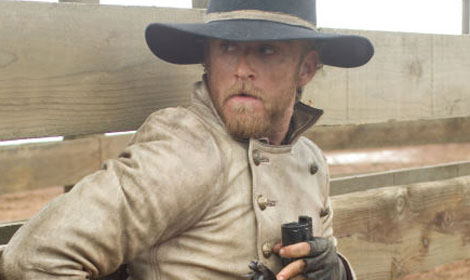 Everything in the movie centers around Wade, even though he doesn't do much other than observe and talk during the course of the movie (oh, and he kills a bunch of people).  Crowe is incredibly charismatic, and you definitely understand the obsession both his friends and enemies seem to hold for him.  Speaking of--Wade's second in command, Charlie Prince, is FREAKING AWESOME!!!  Not only is his jacket gorgeous, but he is insane.  When he's on screen, you can't take your eyes off him.  He is intelligent and fiercely loyal to Wade, which is something I couldn't help but admire.

The movie definitely has a mythic quality to the story.  For most of it I kept trying to figure out what Wade represented--is he nature, an unstoppable force that every man has to negotiate with?  Or the Devil, tempting the party escorting him to the train to give in to the worst of themselves, and claiming their souls when they do?  His gang definitely has the mindless tenacity of the Hounds of Hell.  For a while I was convinced he was Death, but that is obviously the train to Yuma--and the majority of the people in this movie get on it.

As for the landscape, I'm of two minds with it.  On one hand, nearly every single scene in the film looks like it takes place either in or on the edge of a national park.  Seriously!  That is one of my big pet peeves.  But the cinematography is so beautiful I found it difficult to be too annoyed by it.  The final scene where the train pulls away, and sunlight spills like melted butter over Dan Evans and his son, is classic cinematography, and an absolutely unforgettable shot. 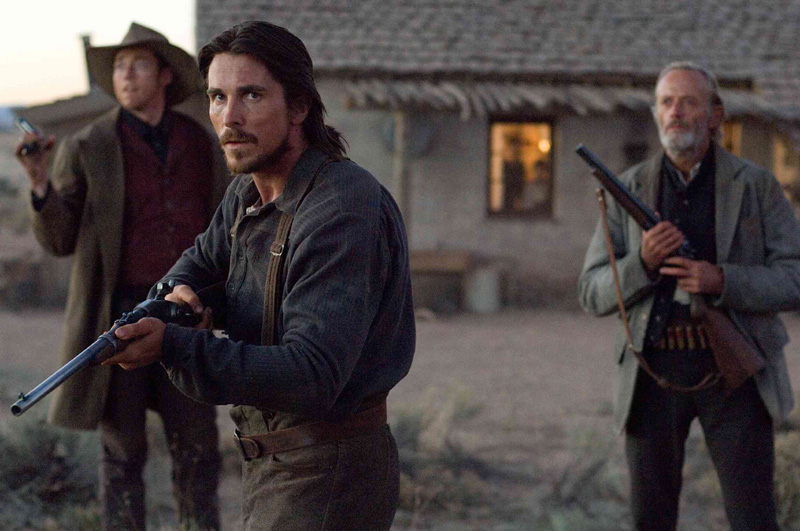 Basically, I really, really liked this movie.  It's not just a typical Western--it's a character study with eye candy (and I'm not just talking about Christian Bale, although I did spend a good portion of the movie completely distracted by the fact that he looks yummy and gross at the same time).  The climax of the film is a totally ridiculous shoot-out that's incredibly enjoyable to watch, and it ends on a mythic note.  Definitely a movie I would recommend!