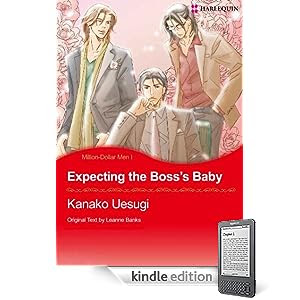 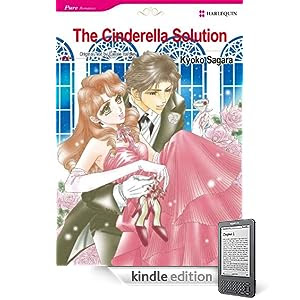 Setting:  I honestly have no clue.

Stereotypes:  Where to start?  Women are delicate, illogical, hormonal flowers.  The purpose of a woman's life is to marry and have kids.  A "true" woman is feminine.  Men are emotional idiots, yet bastions of calm and logic.


Have you ever wondered what a Harlequin romance novel would be like in manga form?  No?  Well, that's probably why these comics are free.

They're also probably free because they're terrible.  Seriously, they're bad.  There's no story flow to speak of, it's impossible to tell what's going on, and they're really sexist.

In The Cinderella Solution, Charlotte's best friend Gabe teases her for being unfeminine and says she will never be able to "find a man" and will die a dried-up and pitiful excuse for a woman.  In response, Charlotte bets him she will be married within a month.  Just as her girlfriends give her a make-over, Charlotte happens to run into a new neighbor, who just HAPPENS to be the most eligible bachelor in the universe!  They go out on a date and Gabe is jealous.  You can see where this is headed.

In Expecting the Boss's Baby, three millionaire bachelors who grew up in the same orphanage decide to do good works.  But then one of them, Michael, discovers his secretary Kate is preggers after they did some horizontal filing one night after work (the clue:  she's acting like a typical hormonal woman when normally she is very calm and logical--like a man).  Michael of course thought it was just a one-night stand, but now he realizes he feels very possessive and Kate must be his even though she keeps screaming at him and ordering him out of her house.  But that's just the hormones talking, y'all!

Both of these mangas are based on actual Harlequin romance novels, and it would be interesting to compare them and see if the wtf-is-this-crap increased or decreased in translation.  If only I had the patience for such a thing!  I know these are only samples of the mangas, but these samples give me absolutely no desire to shell out money for the whole books.  If the plots weren't ridiculous enough, the utter lack of logical flow in the story telling would have warned me off.

And yet... AND YET... I still kinda enjoyed them.  Even though I don't want to pay for them, I wouldn't be adverse to downloading more of the free editions.

Damn you, manga!!!!!  You make even the stupidest things addicting.  Gagh.