Proposed alternate title: Val Toreth and the Challenge of the Really Real 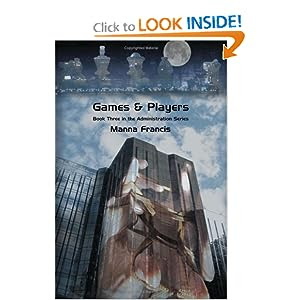 Throughout Games and Players, Toreth is criticized as being a psychotic because he doesn't consider people as "real." It all starts with Carnak, a socioanalyst sent to compile a report on I&I, who just happens to know Warrick from back in the day. He finds Toreth interesting because he knows Toreth does consider at least two people as "real"--Warrick and Sara--which to his mind makes Toreth an unusual parainvestigator. But after witnessing Toreth interrogate a prisoner, Carnak decides Toreth is a terrible person and that he's going to fuck with his mind.

There's a certain irony here of course, because Carnak doesn't consider anyone as real, and is therefore arguably more psychotic than Toreth is. But whatever the reality of the two men's psychology, the nature of Toreth's job allows Carnak to feel morally superior to him; and I think that's true of everyone in this novel, including Sara. Even Warrick feels that way to a certain extent, at least until he realizes he's behaving like a child.

Toreth may not view everyone as a Real Person, but then who the hell does? Do you think of people on the news as being "real," or homeless people, or the person who hands you your coffee at Starbucks? Looking beyond one's own reality is part of learning how to be human and growing up, and even then the whole world can't be "real." In actuality, many people have less of a grasp on reality than Toreth does, and simply use other people to play out what goes on in their own heads--like Toreth's old teacher, Gee, for example. At least Toreth's able to distinguish between reality and fantasy, which Warrick doesn't and doesn't want to.

Like Quid Pro Quo, this novel is organized into shorter stories and novellas that I read for free on Manna Francis' website, and all of them deal with reality and perception to some extent. I have to admit that while I've been enjoying these stories before now, I just considered them fun and gratuitous light reads. But at some point while reading this novel, I suddenly started thinking this was the greatest series ever! Why? I'm not sure. But Francis has a great grasp of her characters and the more I read about them, the more I want to read about them (except for Dilly, she's annoying). Plus, I don't think it's just fluff; I think Francis does have something to say beyond writing a m/m romance. Subtext, yo.

I definitely recommend these books! They're totally glom-worthy.

Musical notes: The short story at the heart of Games and Players has to do with Warrick cheating on Toreth *gasp!*, which Toreth doesn't like at all. After that, I could not get "Woman, Woman," by Gary Puckett and the Union Gap out of my head! So here I present to you, à la Jill from Fuzzy Fizzy Thoughts (sorry, Jill!), "Warrick, Warrick," to be sung to the tune of "Woman, Woman":

Something's wrong between us
That your bruises cannot hide
And you're afraid to let your eyes meet mine
And lately when I love you, I wonder if you're satisfied

Warrick, oh Warrick
Have you got cheating on your mind

Oh Warrick, oh Waaaarick
Have you got cheating on your mind.....