Movie Review: PERFUME, THE STORY OF A MURDERER

The fleeting nature of beauty and perfection are the main themes in this is a visually memorable, well-written, and well-acted film. In the end I found it deeply disturbing--mainly because I ended up admiring the main character, Jean-Baptiste Grenouille, even as I recognized what he was doing as not only wrong, but pointless. 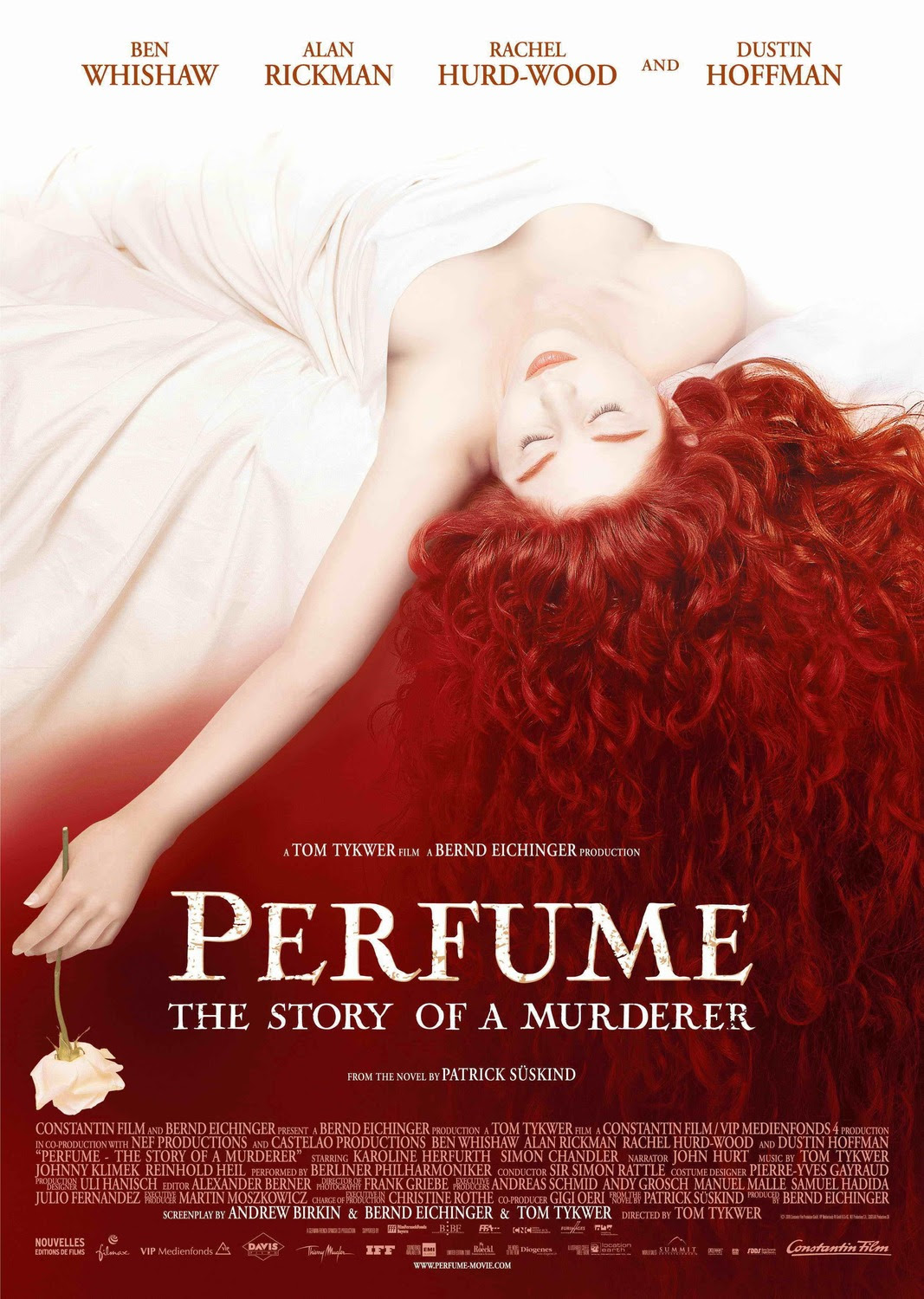 The movie is about a man named Grenouille (which, as we all know from NCIS, means "frog"), an 18th-century Frenchman who has such a precise and amazing sense of smell that he experiences the world almost entirely by scent. Combine this with extreme social awkwardness and a propensity for anyone who knows him to die suddenly and violently, and let's just say the guy's kind of an odd duck.

Grenouille's ride to Crazytown begins when he catches the most beautiful scent he's ever smelled: a young woman. Thereafter, he becomes obsessed with capturing and preserving people's (young women's, technically) scents forever. To that end, he becomes a journeyman perfumer and seeks to create the perfect scent.

The performances in the film are really good--especially Ben Whishaw, who plays Grenouille. He brings just the right mix of attraction and repulsion to Grenouille's character; I imagine he would also play an excellent Ted Bundy. Alan Rickman is freaking awesome, as always, and even Dustin Hoffman is pretty good. The female actresses mainly stand around looking pretty and hunted. 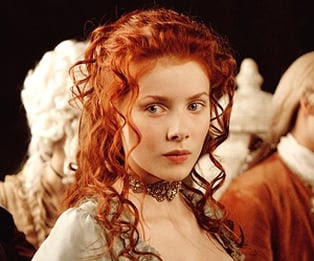 Grenouille's struggle to capture something as fleeting as scent finds many metaphors throughout the movie. The film plays like one of those historical monographs where the life an ordinary person is recreated through the interpretation of historical documents--an interesting point in itself as history can be seen as attempting to do the same thing Grenouille does, capture the essence of a person and preserve it forever. The entire point of Grenouille's life is that he disappears into the ether, leaving behind only fleeting and vague emotions in the people he encountered, if that. Yet his story is written down so it will never be forgotten? This was the most difficult part of the film to reconcile for me.

Visually, I love this movie. It doesn't saturate you with beauty all the time; instead, most of the movie is very dark and monochromatic, so that when the important scenes come up--full of gorgeous, bright, saturated color--you remember them like they've been burned into your retinas.

The movie also reminded me of an episode of Anthony Bourdain: No Reservations I watched last week. Bourdain went to Tokyo, where he asked every chef he encountered, "Is perfection possible?" Like scent, food is a fleeting, temporary experience. All the chefs Bourdain talked to said, no, perfection isn't possible to achieve, although they all strive for it. Grenouille too strives for perfection in his art; but unlike the chefs on No Reservations, he doesn't think it's impossible. When Grenouille first apprentices himself to the parfumier Giuseppe Baldini, Baldini tells him a story about a perfume found in Egypt that was so amazing, for a minute after it was unearthed, everyone in the world thought they were in paradise. This legend (which Grenouille doesn't think is a legend) combines with his obsession to preserve a young woman's beauty and innocence forever, leading him to create a scent that can command the love and admiration of anyone with functioning olfactory glands. Yet this amazing formula comes with a steep price: the destruction of the very thing he's trying to capture, the lives of the young women. Ergo, the film seems to be arguing, perfection leads to death. Perhaps this why the chefs on No Reservations believe they will never, ever be able to achieve perfection, no matter how hard they strive for it; because they know perfection would destroy the reason why they strive for it in the first place: the fleeting moment of connection with another human being.

At least, that's the conclusion Grenouille comes to, too late to save the lives of the beautiful young women of Grasse. In despair, he destroys the perfume he created forever.  Despite the fact that Grenouille gets what's coming to him and then some, it does seem a shame that so much beauty would disappear so quickly and never be experienced again.