Since 1996, there have been four movie adaptations of Jane Eyre. FOUR. Why so many? I have noooo idea. Granted, two of those adaptations were for television (and both were better than this piece of crap), but it's not as if Jane Eyre lends itself to the screen. I love the book--it's my favorite novel ever--but when I think about it, stunning visuals don't exactly leap to mind. Obviously I'm not a director, but as a reader I can tell the biggest problem with adapting Jane Eyre to film is that it's all about what's not happening--what isn't seen, what's not being said, the fact that you can never know what someone else is thinking. It makes for great reading, but can lead to a pretty boring movie. 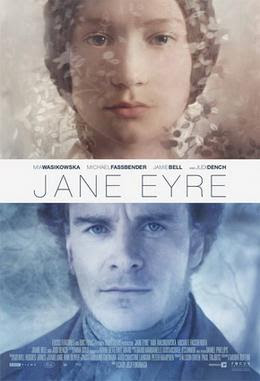 One of these two people needs more sleep.

Something every Jane Eyre adaptation I've ever seen has in common is that they all start with scenes from Jane's childhood and then her going to that depressing school. WHY. WHY. WHY. WHY? Yeah, I like part of the book, too, but it doesn't really have that much to do with the main story, and Jane's a sympathetic enough character without it. Just throw Jane into Thornfield and let's get this party started, okay? But this version has a twist (exclamation mark). It combines the boring childhood scenes with the boring scenes when Jane stays with the Rivers family, together into one incomprehensible block! Making it... twice as boring! At the start of the movie! GREAT idea.

I really wanted to fast forward through that section because I felt like I was watching paint dry, but I didn't. My bad. Then we finally get to Thornfield and I'm all like, "Yay!" and "Judi Dench is Mrs. Fairfax!" and "Oh good, that Fassbender person is here, maybe this movie will at last start to get interesting." But because we've spent a good half hour reprising stuff no one cares about, that apparently means the things I do care about--i.e., the developing relationship between Jane and Rochester--needs to be slashed to pieces and my favorite scenes in the book have to be messed with. OH NO YOU DIDN'T. 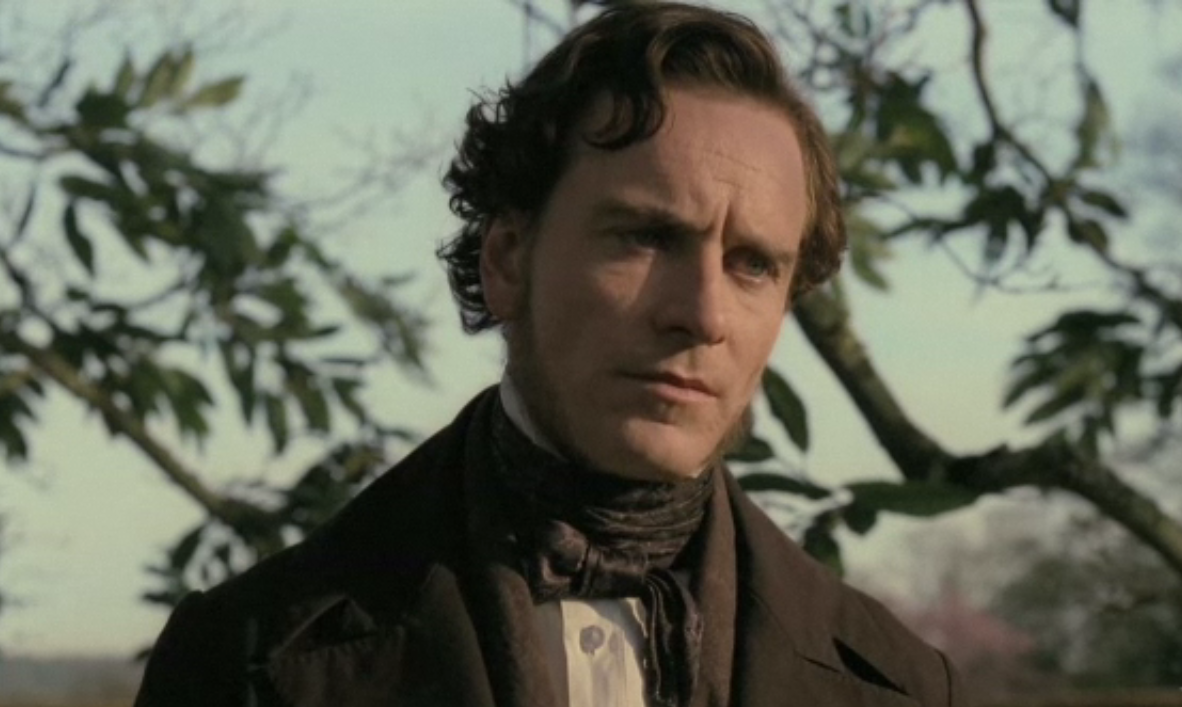 "This is one of my three expressions. Get used to it."

I guess the movie still could have been saved from being horrible if it wasn't for Fassbender. I know everyone is in love with him, but I have to be honest and say I do not get the attraction of this guy at all. First of all, his face is seriously weird. It reminds me of Gumby. But he's Rochester, so it's not as if he has to be attractive or anything; that's in the book. Second, and more importantly, he cannot act to save his life!! He wasn't even trying, I swear to god. Whenever there was a romantic scene in the movie, he sounded like he was reading directions from a teleprompter. "Jane... veer left, then proceed onto the motorway. Will you marry me?" I felt like he decided the flowery language was ridiculous so he wasn't even going to attempt to say the words as if he actually meant them. WHAT A DICK. And don't even get me started on the creepazoid factor. Who does he think he is, Rat's Nest RPatt? Stop watching that woman who's, like, twenty years younger than you sleep, sleazebag! Instead of finding him attractive, I was grossed out. Even Jane knows enough not to let him loan her money.

There's also this weird BDSM thing going on in the movie. Fassbender is literally strangling Jane at one point when he's trying to get her to do what he wants, the psycho. And don't even get me started on St. John and his untoward interest in Jane's education being juxtaposed with scenes of a schoolgirl being caned. I was like, what the fridge? Jane's also super-fascinated with a picture of a nude woman writhing in the grass (Roll, roll! Roll in zee hay! Spoiler alert, Jane does this at one point) with her wrists restrained. I get that we're trying to sex it up, but Jane as a submissive is a little trite and obvious, dontcha think?

Aside from the terrible acting, the movie's "artistic interpretation" of the book is soooo graduate film school. At one point, instead of actually witnessing Jane and Rochester's relationship develop, I had to sit through one of those love montages where they frolic amid nature with flowers and a gentle breeze. Are you freaking kidding me?!? What is this, the 1960s? Look at your life, look at your choices! As for the one part of the book where things have the potential to be visually interesting--the burning of Thornfield--do you think we get to see that? No, Jane and Mrs. Fairfax literally stand on screen and tell us about it. With their words. They don't even use hand gestures! I do believe that's the very definition of "pictures of people talking."

This is honestly the worst film adaptation of Jane Eyre I've ever seen IN MY ENTIRE LIFE. It's boring as heck, the acting is pretty bad (except for Judi Dench, and you can tell even she gives up at some point), and it's clear the director had no idea how to tell this story in a cinematic way. The William Hurt and Ciaran Hinds versions were pretty boring, too, but at least they made an effort to tell the story, and Ciaran Hinds emoted nicely. Compared to the Toby Stephens version, though, this one is just a sad mess. You can slap the word artistic on a donkey's ass but that's not going to make me think it's a masterpiece. Maybe next time we should try focusing on the script instead of the lens filters? Just an idea.