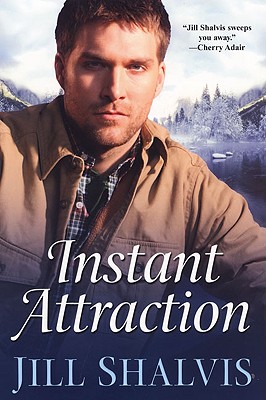 After surviving a terrible accident, Katie is determined to live "balls-out," which is more or less how she finds herself in the small mountain town of Wishful, working as a temporary accountant for Wilder Adventures. Then Cameron, one of the more wild Wilder brothers, shows up. Cam used to be an Olympic-level snowboarder, but after a terrible accident he went on a walkabout around the world for a year. *obvious connection made* They're attracted to each other, but can Cam overcome his Issues to settle down with Katie?

This book starts off really well, with a great meet-cute scene. The dialog is modern and amusing, and it's fun to read the interactions of the characters--not only Katie and Cam, but the secondary characters as well. For a good one hundred pages I thought I might actually enjoy this novel.

BUT THEN. What I'm starting to think of as the Two-Thirds Curse kicked in. The Two-Thirds Curse is where a book is really smooth reading for the first third--no continuity issues, a logical chain of actions and reactions, no draggy parts--but in the rest of the book? Not so much. In this case it wasn't as bad as it could have been: mainly the dialog became a little less snappy and the tropes got a lot more obvious. The big issue for me was that the particular trope used in this book is the one where the woman (it's always the woman) keeps denying her totally obvious and mutual attraction for the hero with no reason other than to drag the book out.

This is a really common romance novel trope. In fact, I'd go so far as to say it's almost pervasive. But I just can't handle it anymore, especially in contemporary romances, and I think that's the main reason why romances haven't been working for me lately.

ALSO! I would never call myself an expert skier, but as someone who has skied, this book confused the hell out of me. I'm 80% sure Shalvis has never gone skiing a day in her life, nor even stepped into a sporting goods store, because there is sooo much stuff in this novel that would just never happen. My first clue was when Cam decided to hike to the top of a mountain taking some sort of secret back way so he could snowboard. Um. You do realize that snow is like really deep, right? Like REALLY REALLY DEEP. Unless this is some time between May and September, hiking up a mountain is total nonsense. You could snowshoe up the mountain, or take a snowmobile up a mountain, but hiking? In snowboarding boots? *picture extreme doubt face*

And then there were the ski pants, prima facie evidence of why I am totally against clothing descriptions in books. I didn't even think it was humanly possible to screw up not just a physcial description of ski pants, but a conceptual understanding of ski pants' function and mechanics, so thoroughly. It is truly mind-fucking; it's like if I were to try to describe a jock strap in action. I obviously would have nooo idea what I was talking about. Just so we're clear, this sexy beast (aka me) is wearing ski pants: 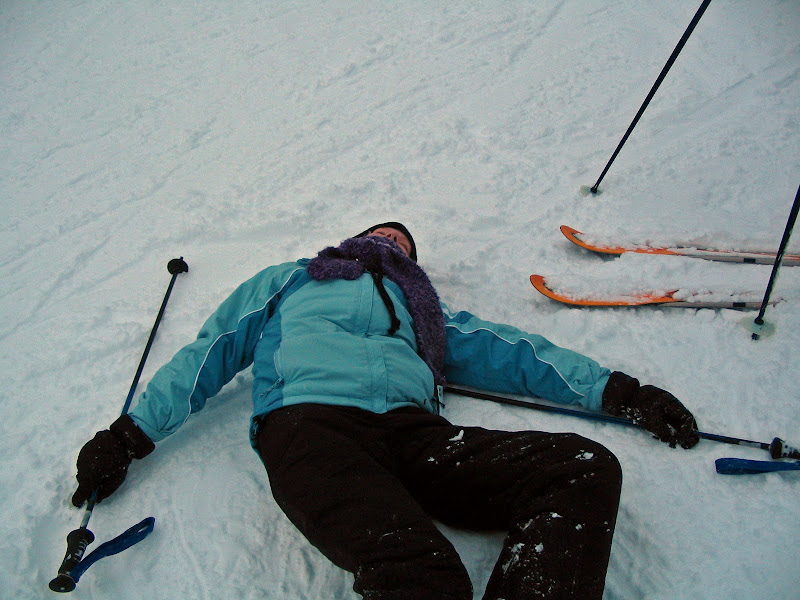 These are ski pants. They're designed like overalls so you don't get snow in your undies, which means they don't have zippers on the front like regular pants. And they are not tight because they are just a thin waterproof shell that you put over layers, many many layers so that you don't get hypothermia. As I once heard someone who didn't like to ski say, "Driving for 2 hours in 5 layers of clothing is no one's idea of a good time." Wearing ski pants with nothing under them would be utterly idiotic because their job is to keep wet snow off your warm pants. You'd be better off to go skiing in jeans than ski pants with nothing underneath them, okay? Like maybe we should have dropped by the REI and discussed the difference between ski gear and scuba gear before we wrote scenes where people dress like it's a chilly day in Los Angeles when they're supposed to be hiking a mountain in winter.

Honestly, the ski pants thing wasn't a huge part of the book; it was simply that whenever the ski pants appeared, they remind me of everything in the novel that was unrealistic and totally dumb. Other stupid things were Cam's ex, the sub-plot with Nick and Annie, and the way the whole Wilder family travels back and forth and back and forth between the lodge and Wishful one at a time, in different vehicles, constantly and for no reason.

I couldn't help but compare this book to Just Perfect by Julie Ortolon, which has a similar premise and takes place in Aspen. I freaking love that book, which noticeably contains no in-depth ski apparel descriptions and gives the reader a glimpse into how ski towns work and the social hierarchy that develops in ski resorts. Research! Knowing what the fridge you're talking about! It's a beautiful thing.

So if you want a great romance novel set in a glamorous ski town, I'd recommend Just Perfect whole-heartedly. This book? Mehhhh not very.

Musical notes: "Not While I'm Around" from Todd Sweeney