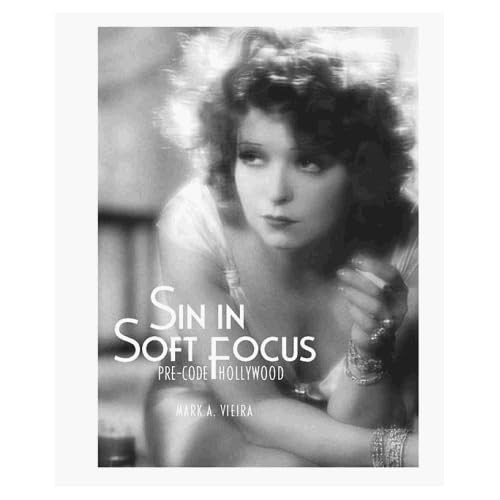 Aside from being vaguely aware that there was some sort of up-tight rule book preventing nudity, sex, and cursing in olde timey movies, I didn't know much about the Hays Code or anything about "Pre-Code" Hollywood until I picked up this book. To say a movie is pre-Code is something of a misnomer: there had been guidelines governing so-called decency in film since the 1920s, and the Hays Code (nick-named after William Hays, but officially known as the Motion Picture Production Code) was instituted in 1930. However, Hollywood completely disregarded the Code and did mostly whatever they wanted up until 1935-ish, putting the onus of censorship on pre-production hand-wringing by the studios and SRC (a studio-sponsored censorship board), as well as locally--meaning a lot of films were cut down by state and municipal censorship committees before being shown. In many cases, these cut versions are the ones people are familiar with, not the director's original vision. If you're watching a movie from the 1930s and it feels like there are scenes missing, that's because there probably are.

Using contemporary reviews, scripts, production photographs, and--when available--the complete uncut film itself, Vieira reconstructs for us these pre-Code films and how they were made. I adore the idea of this project and Vieira executes it beautifully: the book is filled with fabulous stills from pre-Code movies; and while Vieira's writing style is probably more academic than most people are used to, I wouldn't say it's dry. It's filled with juicy gossip and portrayals of all the major early Hollywood players. Vieira also isn't afraid to give his personal opinion of a film and whether it worked or not, which is great because I've never even heard of most of the movies in here, and have seen less than a handful.

Dorothy Mackaill as a secrety-turned-prostitute in Safe In Hell, 1931.

One of the more interesting threads in the book is the history of censorship in Hollywood. Whatever happened to free speech, you're no doubt thinking. In fact, free speech didn't apply to movies because they were considered a commercial product, like chewing gum or cigarettes, not an artistic statement (of course, nowadays corporations are considered "people," so that argument wouldn't hold water). This adds a whole new layer of understanding to the films of auteurial directors like Alfred Hitchcock and John Ford, who wanted to prove that film can be an art form. Censorship began before a film was even shot (the suggested subversion of Norma Shearer, known for her good-girl roles, starring in Divorcee gave the SRC fits), and was applied regardless of taste. To the censors, it didn't matter if a movie was good or not, as long as it didn't portray something someone disagreed with or was afraid of. Fortunately, there were people in Hollywood who did care about making good movies, and supported those who wanted to make them. 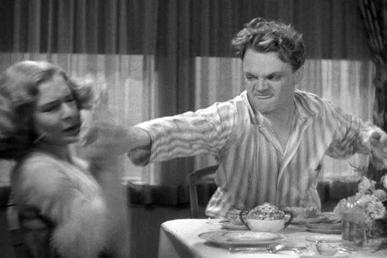 If you're interested in Hollywood history, this book is a delicious and interesting read. It's worth getting for the film stills alone, I think, but contains tons of information about a fascinating period of time filled with awesome creative talents who were constantly pushing the envelope. After reading this book, I'm amazed any picture ever got made; but they did and they continue to, and I think it's safe to say the world is a better place with pre-Code films than without them.